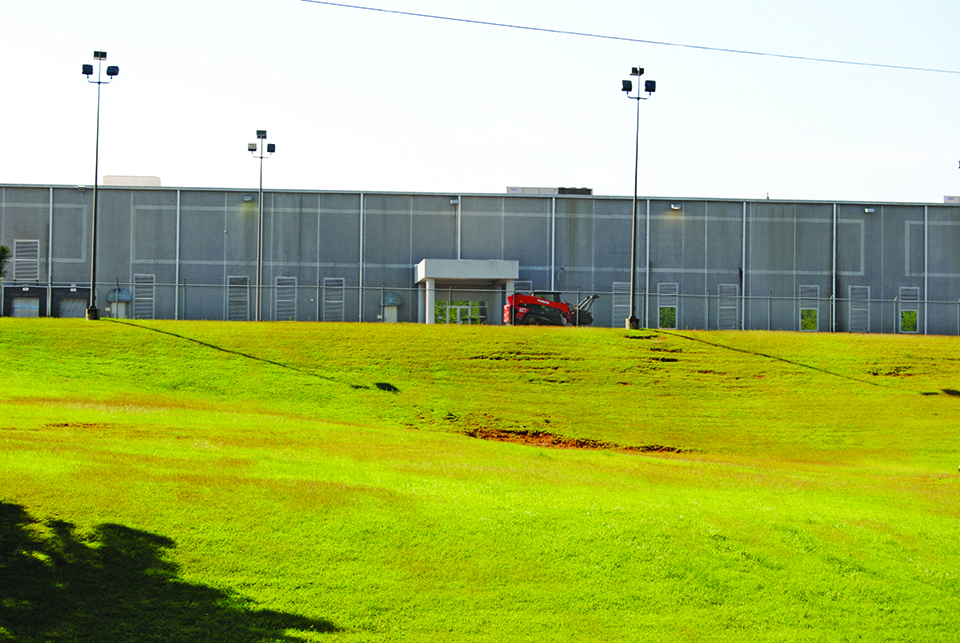 VALLEY — John Soules Foods won’t be coming to Valley as soon as first hoped. At the outset, it was thought the company would start production in its new plant by the fourth quarter of 2020. That threshold date has now been set back some six months, to July 1, 2021.

At Monday’s meeting of the Valley City Council, a resolution was unanimously approved agreeing to the later start-up date. With the 2021 start up, the company expects to have around 200 employees.

That number should grow to more than 500 when additional production lines are added by 2023. The new plant will be cutting, seasoning and packaging beef and chicken that were slaughtered elsewhere.

In other action on Monday, the council suspended the rules and adopted on a first reading a $5 million bond with AuburnBank. It will be paid back over a 15-year period at an interest rate of 2.78 percent.

Acting now, the city gets $5 million it can apply to some immediate infrastructure needs.

“This will allow us to continue paving,” Mayor Leonard Riley said. “We will have a bid package in January and another one next fall. We will continue doing this for the next three to four years. We also have some major pipe projects, one on Cleveland Road, another one on 65th Street and one on Fairfax Bypass near the Public Works building.”

The council held second readings for and approved ordinances on gunfire in the city, one on political signs and another one dealing with litter.

The gun ordinance makes it illegal to fire a weapon in the city limits with six exceptions: (1) the performance of duty by a law enforcement officer, (2) state or federal military operations, (3) self-defense or the protection of private property in ways permitted by existing law, (4) destroying destructive animals, fowl or reptiles that are a menace to public health and a nuisance on private property, (5) game hunting that’s allowed by law and not within 50 yards of a residence, church or commercial property, and (6) target practice on property that’s not within 50 yards of a home, church or commercial property.

Violation of the new ordinance is a misdemeanor punishable by a fine of $500 and/or up to 60 days in jail.

The political sign ordinance allows signs to be put up within 60 days of an election.

The litter ordinance prohibits the dropping, blowing or sweeping of refuse on city streets, gutters or other public places. This includes all types of litter, trash, grass clippings and other debris.

The council agreed to a contract with ARS of Lanett to replace the roof on the Horace King Memorial Covered Bridge on the CV Railroad Trail across from Langdale Methodist Church. The work will cost $7,800.

The council approved a contract in the amount of $3,977.19 with Yates Printing Company in Lanett to print the city business supplies and correspondence. The resolution was approved in a unanimous vote with Council Member Randall Maddux abstaining to avoid a conflict of interest since he owns the business.

The council unanimously approved a five-item consent agenda. This covers the purchase of a 15-foot rotary cutter for the Public Works Department for $15,307.30, to hold in reserve just under $125,000 as its portion of a grant for new playground equipment, a bid for janitorial services to Billiingsley Janitorial of West Point in the amount of $1,880 per month, a tree-cutting bid to Hodge Tree Service in Valley, in the amount of $12,150 (a total of 15 trees to be cut down and removed) and declaring as surplus a boom axe attachment from the Public Works Department.

Tavaris Taylor, Point University’s director of alumni relations, invited Valley residents to Point’s upcoming homecoming weekend block party. It will be taking place along West 5th Avenue in West Point from 4-7 p.m. on Friday, Nov. 8. Taylor thanked Mayor Riley on having allowed him to fulfill an internship obligation his first year as mayor.

“It was a very good experience for me,” he said. “It feels like home to me being here in Valley.”

Taylor said the block party will be a fun event for everyone.

“We will have live entertainment, food trucks, games for the kids and some really great fellowship,” he said. “There’s a great relationship between Point University and the cities of West Point, Valley and Lanett. We would like to expand on that.”

“More local people should see the musical performances by your students. They are really good,” said Council Member Maddux.

Mayor Riley and council members Marquetta Madden and Cassie Carlisle said they had attended the annual River View reunion and had enjoyed it.“I was there for several hours,” Riley said. “Since the weather wasn’t good everything went on inside the cafeteria, and we had some wonderful conversations there.”

“I want to thank everyone for being there and everything turning out so well despite the weather,” Madden said.

Valley Parks & Recreation Director Laurie Blount said that Thursday’s fall festival will be going on rain or shine. If the weather’s good it will be outside on the Sportsplex fields, but if it’s raining it will be indoors at the Community Center. The festival will be taking place between 6 and 8 p.m. Thursday evening. Blount added that basketball registration will start on Friday, Nov. 1 and that a Veterans’ Day program would be taking place in Veterans Park at 11 a.m. on Monday, Nov. 11. American Legion Post 67 will be the host. There will be two pre-Thanksgiving sessions of the Farmer’s Market. They will be taking place from 3-6 on Friday, Nov. 15 and Friday, Nov. 22.

“This will give our farmers the chance to sell some of their fall produce and a chance for local people to have fresh vegetables on their table on Thanksgiving Day,” Blount said.