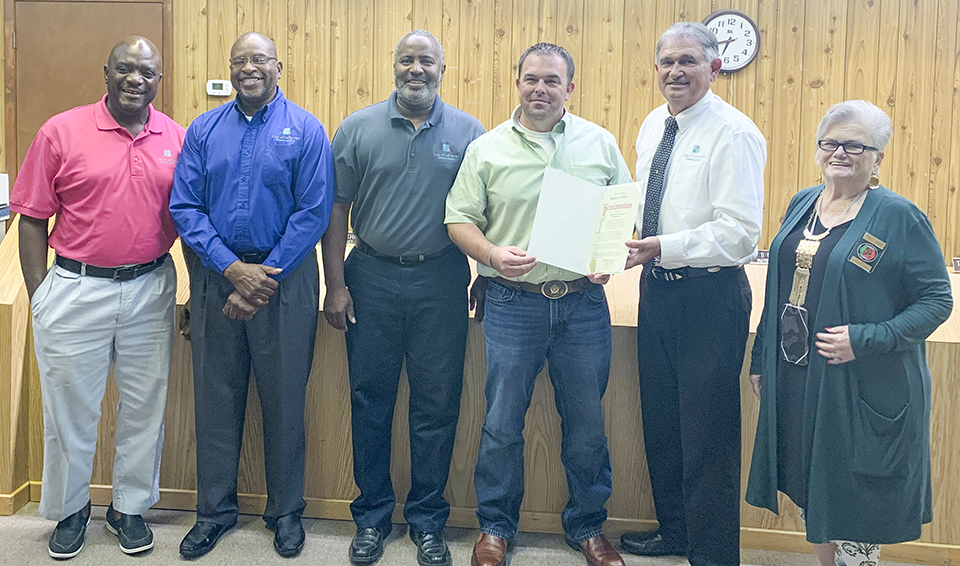 Chris Neuenschwander, a partner with Jackson Thornton, said the city is in good shape financially.

“The financial position of the city is strong,” he said.

At the end of September, Neuenschwander said LaFayette has more than $1 million in investments and for business activities, such as water, sewer and sanitation, there is more than $4 million.

“After adding up all the assets, there is plenty of equity left,” he said. “A lot of them are invested in things you can’t go spend it on tomorrow. Those are things like new police cars, city hall or new roads.”

Additionally, Neuenschwander said LaFayette doesn’t have much debt. He said what debt is out there for LaFayette is housed in the water department at about $400,000.

As for employee pensions, he said LaFayette is in a good position, having funded about 88 percent of its pensions.

“Keep doing what they are asking you to do and you’re good,” he said.

The audit showed the city’s utilities are generating revenue for the city at about $1.2 million, and the city brought in nearly the same number for sales tax from October 2018 to the end of September 2019.

In the general fund, Neuenschwander said the numbers show LaFayette budgeted about $2 million in revenues for this past fiscal year and generated $2.6 million, spent about $46,000 less than expected for expenditures.

“The city is running from what I can see in the numbers conservatively strong,” he said.

Also, on Monday, the LaFayette City Council passed a proclamation to name Nov. 22 through Nov. 28 as Farm-City Week.

Chambers County Sheriff’s Major T.J. Wood, who is also the Farm-City Week Committee Chairman, told the council members about a tour residents can take by signing up through the Greater Valley Area Chamber of Commerce.

Wood said residents need to contact the chamber’s Executive Director Carrie Royster by Oct. 26 to register. The tour will take residents to Norbord in Lanett to see how Oriented Strand Boards are made, then to Gilbert’s Christmas Tree Farm, also in Lanett. Wood said there would be a lunch in West Point at Pokey’s and the tour will end at West Point Lake.

“This year, we realized farms are more than just the animals and stuff of that nature. There is a lot of farming going on out here with trees. So that is why we want to look at going that this year,” Wood said.

The council also discussed late utility bills for November. The bills will still be due Nov. 15, but the cut-off date was scheduled for Nov. 27. However, that is the final business day in November, so the council has directed City Attorney Joseph Tucker to draft an ordinance amendment to move the cut-off date to Nov. 25.

LaFayette Mayor Moody said if somebody’s power is cut off after Nov. 27, there won’t be anybody at the city to help them until the following Monday, which would be five days later.

“We wanted to let the public know about this as soon as possible, so they can make any financial plans they need to make,” he said.

The council plans to vote on the amended ordinance at its Nov. 4 meeting.

Lastly, Councilwoman Charlotte Blasingame said there would be trick-or-treating in downtown LaFayette for the first time in many years from 4 p.m. to 5 p.m. on Oct. 31.

“It will only be an hour, but that will keep the kids from going to other cities,” Blasingame said.

She said the city has arranged for proper security so children can cross Highway 431, and the Chambers County Courthouse will hand out candy until 4:30 p.m. on Halloween.