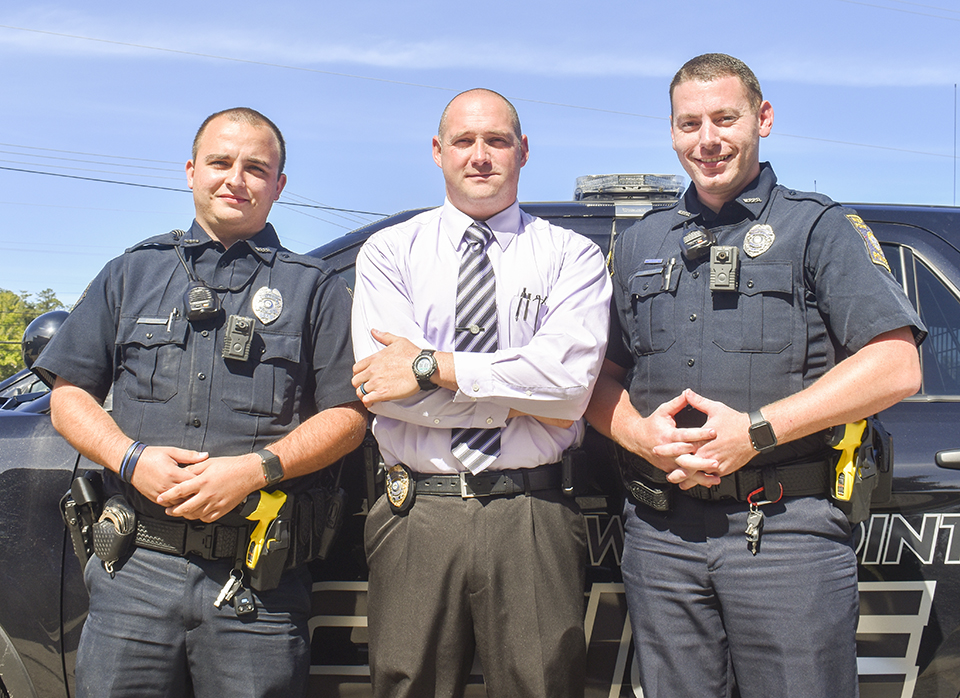 Local law enforcement officers are collecting money in October for the opportunity to grow facial hair, something not normally allowed for officers. The money goes to charities chosen by each department.

The Chambers County Sheriff’s Department will raise funds for the Tallapoosa County Girls Ranch, part of the Boys and Girls Ranches of Alabama sponsored by the Alabama Sheriffs’ Association. The ranch provides stable homes to girls from difficult family situations such as abuse and abandonment.

Each deputy officer will pay $30 to grow a beard in November.

“We’ve gotten a good response from the community and the officers,” Wood said.

In Lanett, officers pay $30 to have a beard in November and $20 for December.  The money is raised by the end of October, according to Patrol Commander Richard Casner.

“We want to raise it as quick as possible to do the most good,” Casner said.

Proceeds from the Lanett PD go to the Christian Service Center for the holidays.

“Every time we can get involved, we try to. It’s just a small way we can give back to the community, and it raises morale in the department,” Casner said, “A lot of people in our community can’t afford to do the large holiday meals or even small presents. This helps out with some of that.”

The West Point Police Department also participates for two months. It’s $20 each for an officer to stop shaving in November and December. Funds raised go to the National Law Enforcement Officers Memorial Fund, which assists the families of fallen officers.

“We’ve had people in the community say they want to participate,” Lt. Roman Ramseur said of the West Point police Department. “They want to give to the Memorial Fund, and it gives them a reason to grow out their beard.”

The Valley Police Department starts allowing facial hair in October and allows officers to buy in at $20 a month for four months.

“We try to raise $1,000 for the Christian Service Center at Christmas,” Valley Police Chief Tommy Weldon said. “It’s well received. The center uses the money to help purchase food or toys, whatever is needed. We get the money to them before Thanksgiving.”

No-Shave November was started to raise funds for cancer research but has been adopted by law enforcement and first responders across the country to raise money for local charities.