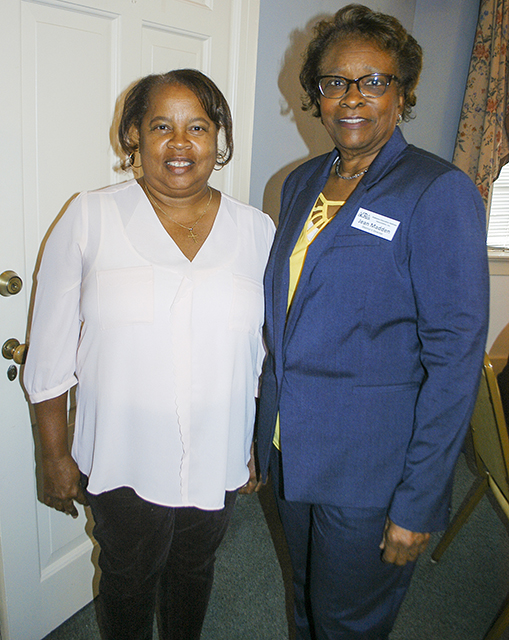 VALLEY — At a Friday luncheon at the Cotton Duck in Valley, the Chambers County Education Retirees Association chapter president and its District V director both encouraged CCERA members to attend the next district meeting.

“We had 91 this year,” District Director Jean Madden of Opelika said. “We need to improve on our numbers with each passing year.”

Chapter President Wanda Huguley said there is strength in numbers, especially when going to Montgomery to speak with legislators.

Madden said she was encouraged public education retirees could get a raise next year. However, she said there is a catch.

“It would be attached to the lottery bill,” she said.

A lottery bill would have to be passed by the legislature, signed by the governor and approved by voters. The legislation died before getting on the ballot for the 2020 general election.

“When you see your legislator, tell them you’d like to see a pay increase next year,” Madden said. “Any little help we can get is welcome. We do need an increase in our COLA (cost of living adjustment).”

Madden advised CCERA members that there will be some changes in absentee voting in next year’s elections.

“You will need a photo ID to vote that way and disabled people will need a doctor’s permission to be able to vote,” she said.

In a lighthearted moment, Madden said that National Retired Teachers Day is Nov. 19.

“If no one else will, do something special for yourself that day,” she said to some laughter.

The CCERA will have its annual Christmas luncheon at noon on Tuesday, Dec. 10. Members are being asked to bring personal care items (toothpaste, soap, deodorant, etc.) for military personnel and needy students in local schools. Such things can be donated to local schools or to veterans who will send them to soldiers in war zones.

To the Friday meeting, members brought a large number of school supplies. Huguley thanked them for their generosity.

“We will divide them between schools in the Chambers County district and Lanett,” she said.

The meeting began with a moment of silence in memory of family members who have recently passed.