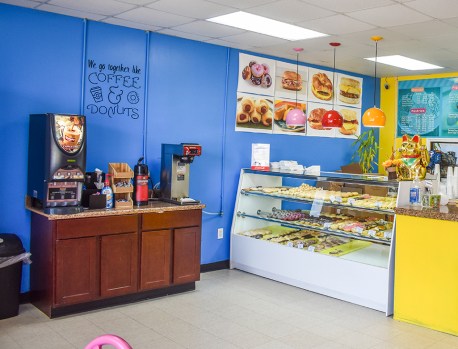 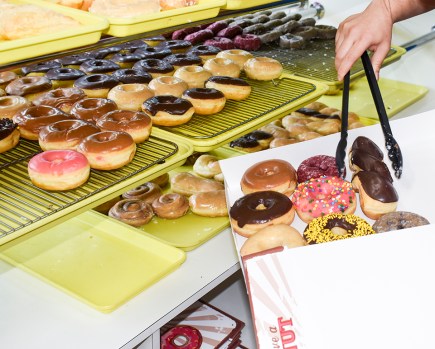 LANETT — A locally-owned donut shop in Lanett is back in business with a new name as shutting down for a couple of weeks.

Tasty Donuts opened Oct. 7 in the same location as Daylight Donuts. The store has a new coat of paint, brighter colors and a few menu items, but it’s the same family running the business.

Business owner Lymeng Khiev wanted to get out from under the franchise name of Daylight Donuts and operate an independently-owned business, according to Manager Gechlang Chhim.

She said the customers who have been coming to the business for several years and know the family behind the counter will still get the same product, possibly even better.

“Instead of customers, they are considered as friends and family,” Chhim said. “We want to thank our customers for supporting us for so long, and it has been it’s been really great the last five years as Daylight Donuts. However, this is a new name and a new beginning.”

She said the transition into the new name has been smooth. However, it was necessary not to confuse the customer base.

“We closed so sudden that we didn’t want to confuse everyone before we did it,” Chhim said. “So, we closed and just said we’d remodel and then explain it later, which would make it much easier.”

There are a few new items to the former menu, including chocolate chip cookies and an apple turnover. She said the business also has several breakfast items in addition to donuts. However, the biggest point of pride for Tasty Donuts is that everything is made the same day.

“We make everything fresh daily, even the pigs in a blanket,” Chhim said.