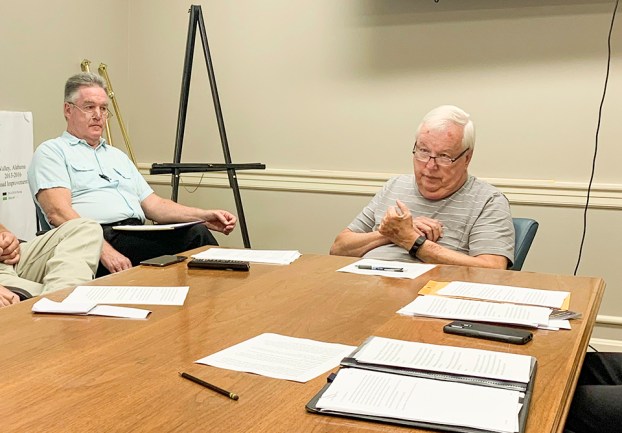 VALLEY — The Valley City Council has held the first reading of a firearms ordinance and could approve it following a second reading at the Oc. 28 meeting.

The city’s action grew out of a dispute between neighbors earlier this year in the Shawmut mill village. One man was target practicing at a stump and one of his neighbors complained about it to him, eventually taking the complaint to the city council. The issue being raised is that there are lots of people living in closely compacted areas in the city’s neighborhoods and it’s dangerous to be firing guns with people all around.

It was revealed during the discussion that unlike most Alabama cities, Valley does not have an ordinance in regard to gunfire in the city limits.

Mayor Leonard Riley appointed a committee made up of council members Jim Clark, Randall Maddux and Henry Cooper. They have held several public meetings to discuss this and have hammered out a proposed ordinance to deal with this.

The proposal makes it unlawful for any person to discharge a firearm in the city limits with six exceptions:

(1) a law enforcement officer firing their weapon in the line of duty;

(3) self-defense or the legal defense of person or property as allowed by law;

(4) the killing of destructive animals, fowl or reptiles that may endanger people or are a nuisance on a person’s property; such firing must not be in line with a residence or people in the area and must not be done in a manner to cause the ricochet of bullets;

(5) game hunting as allowed by law may take place but cannot be within 50 yards of a residence, church or commercial property; hunts must be confined to the property and cannot be done in a manner that poses threats to any residence or population and

(6) Target practice may take place if it is at least 50 yards of a residence, church or commercial property; target practice must be confined to the property and conducted in a manner that does not potentially endanger someone.

Should the ordinance be adopted as written on October 28th, anyone violating it can be charged with a misdemeanor and fined up to $500 and/or sentenced to 60 days in jail.