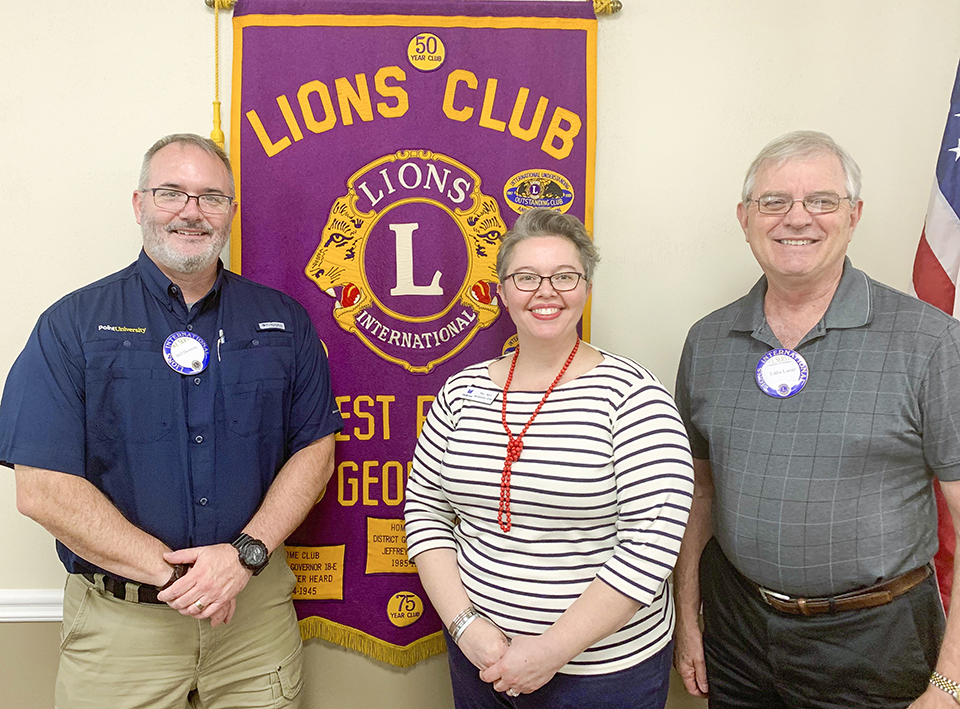 The Rev. April McGlothin-Eller, director of community development at Wellroot Family Services, said there are about 13,000 children who are in state custody and foster care.

“Those are children who are removed from their home due to no fault of their own but because they have been abused, neglected or abandoned,” she said.

About 67 percent of those children are in custody due to being neglected by their parents, which McGlothin-Eller attributed to drug use. About 13 percent of children in care are abused, she said.

“These are not always children who have been abused by their families but who simply have been neglected,” she said.

In Troup County, McGlothin-Eller said there are about 120 children in custody by the Department of Children and Family Services.

As part of its new office in LaGrange, McGlothin-Eller said Wellroot is recruiting foster homes for Troup County children to stay in the county. She said about 50 percent of the children placed in foster care are placed outside of the county because there aren’t enough homes.

Typically, a foster home in Georgia can foster children from anywhere else in the state, but Wellroot wants to keep those children close to home.

McGlothin-Eller said part of that reason is because staying close to home can cause less disruption in a child’s life. Plus, it keeps more positive influences in their life.

“Any kind of adults who can be stable adults for you, we want to have that,” she said.

According to McGlothin-Eller, Wellroot turns away about 40 placements a week because there aren’t enough foster homes, which creates additional problems.

“When there are not enough foster homes for children, they might be separated from their siblings,” she said.

McGlothin-Eller said when a child comes into foster care, there is already a trauma from being taken out of the only home they’ve ever known, but it can be an added trauma if they are separated from a sibling who could have been caring for them.

Although the goal for Wellroot is unification with the child’s birth parents, McGlothin-Eller understands it’s not always possible, which requires the need for more foster parents.

“We are not going to place a child back at home if they shouldn’t be at home,” she said. “But most of the time, a parent can work their case plan so they can be a safe place for their child again.”

To be eligible to be foster parents, a person must be at least 21 and can be single, married, divorced or widowed. Foster parents can have children of their own or no children. However, one of the main requirements for the living space is that the people in the home must be related.

McGlothin-Eller said having a roommate moving out can cause more trauma for a child.

“We can really provide that extra attention to our foster families,” McGlothin-Eller said. “We know people will foster longer and more challenging placements if they feel they are not in it by themselves.”

Wellroot hosts monthly information sessions on the last Tuesday of the month at Western Heights Baptist Church, located at 2382 West Point Road in LaGrange. The sessions are about two hours long and anyone is welcome to attend.