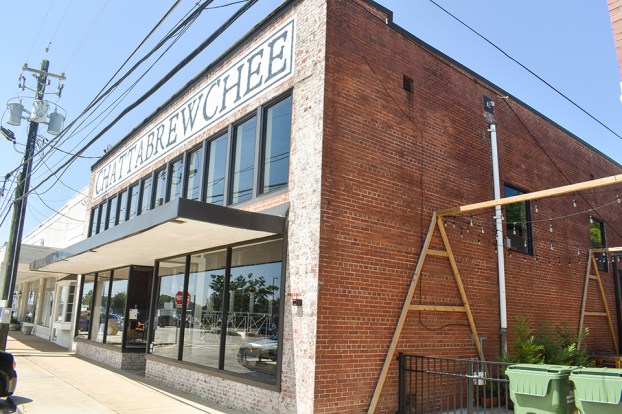 WEST POINT — It’s still unclear if a candidate for West Point City Council will be approved to receive funding from the city’s revolving loan fund to help start a business.

The council discussed the issue at length at Thursday night’s work session, with council members debating whether Kesha and Michael Coniglio’s application was a conflict of interest.

Kesha Coniglio is one of five candidates running for three spots on the West Point City Council.

West Point Mayor Steve Tramell said when the fund started, applicants went before a committee that decided how the money would be spent.

He said Coniglio’s application had been given to the city council for approval because of the possible conflict of interest.

The Coniglios want to use the revolving loan fund to convert the former Chattabrewchee Southern Brewhouse space on North 4th Avenue in West Point into a wedding and event venue and prop rental space.

Kesha Coniglio said they intend to replace the commercial glass doors at Chattabrewchee with wooden doors, along with other measures to further beautify the space.

Kesha said the couple plans to keep the alley as an overflow space.

West Point has already missed the deadline from the Department of Community Affairs and if the funds aren’t awarded they will go back to the DCA.

Tramell said the city has been given a second notice from the DCA about the funds.

Councilwoman Deedee Williams asked if the city could get an extension and whether late distribution of the funds would result in fees.

She suggested it might be better to wait until the council had that information before taking an official vote.

Williams suggested tabling the vote because of how information had been dispersed to the council.

She also noted the timing of the vote.

“Timing is two things — unanswered questions and letting the election play out,” she said on Friday.

Williams said it would be a conflict of interest if Coniglio is awarded the loan and then is elected to the West Point City Council.

Coniglio disagrees, pointing to a statement from DCA on Aug. 28, which said there is no current conflict of interest.

“At the meeting, Ms. Coniglio must verbally agree to abstain from any involvement in respect to her business. Any other conflict of interest will probably arise if Ms. Coniglio’s business defaults on the loan.”

Coniglio said the only conflict of interest would be if her firm takes on the marketing of The Depot. She said if elected she could not be part of any decisions there.

The vote is on the agenda for Monday night’s meeting.

VALLEY — The Valley City Council has held the first reading of a firearms ordinance and could approve it following... read more