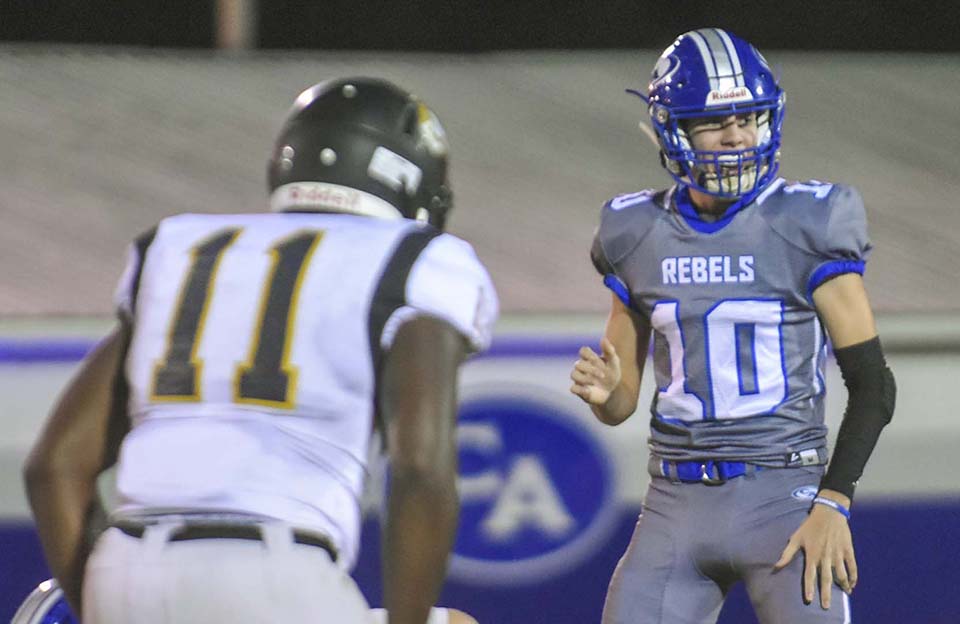 Five out of the six Alabama schools clinched playoff berths and begin the first round tonight. Meanwhile, on the Georgia side of things, the Troup County Tigers wrap up the regular season in LaGrange.

The AISA No. 5-ranked Chambers Academy Rebels (9-1, 4-0) begin their 2018 AISA A state champion defense tonight at home against Jackson Academy (3-6, 1-3). The Rebels’ offense has run through senior running back Braxton Allen this season, who finished the regular year over 1,000 yards. Junior quarterback Payton Allen has also proved to be a legitimate threat scrambling out of the pocket as well this season. The team has also hosted the return of senior tight end Raphe Daniel for three weeks now, adding another passing target to go along with senior wide receiver Caydon Smoot for the Rebels. Senior lineman Jake Waldrop has also been a key piece for the success of Chambers Academy’s run-heavy offense. Defensively, Chambers Academy remains to be one of the better teams in the state, led by seniors Dijon Darden and Brody Smoot.

LaFayette (5-4, 5-1) hosts a first-round matchup against New Brockton (5-5, 4-3) tonight. The Bulldogs last hosted a first-round game in 2017, when they defeated Cleveland 33-19. Friday night’s playoff game will be the first time LaFayette has played at home since September. Senior quarterback and safety Jordan Walker leads LaFayette and a large senior class on both sides of the ball.

1A No. 2-ranked Lanett (9-0, 6-0) hosts Keith (6-4, 3-3). The Panthers ended the regular season outscoring opponents by a combined score of 138-0. Lanett’s defense gave up the fewest total and average of points a game in all of 1A football this season. Led by senior quarterback and safety Kristian Story, the Panthers have a supporting cast featuring multiple veterans as well.

Springwood School (4-6, 1-2) is the lone local team to head on the road this week, as the Wildcats face Patrician Academy (4-6, 3-2). The last time the Wildcats advanced to the AISA semifinals was 2010, when the team defeated Patrician on the road 29-22. Springwood is led by senior quarterback Jordan Plank and junior running back O.J. Tolbert.

Troup County (6-3, 3-2) finishes the regular season in Callaway Stadium tonight against Cartersville (9-0, 5-0). Troup is coming off of a 37-14 win over Central, Carrollton last week.

All games, including Valley against Vigor, kick-off at 8 p.m. EST, except Troup County, which begins at 7:30 p.m. EST.