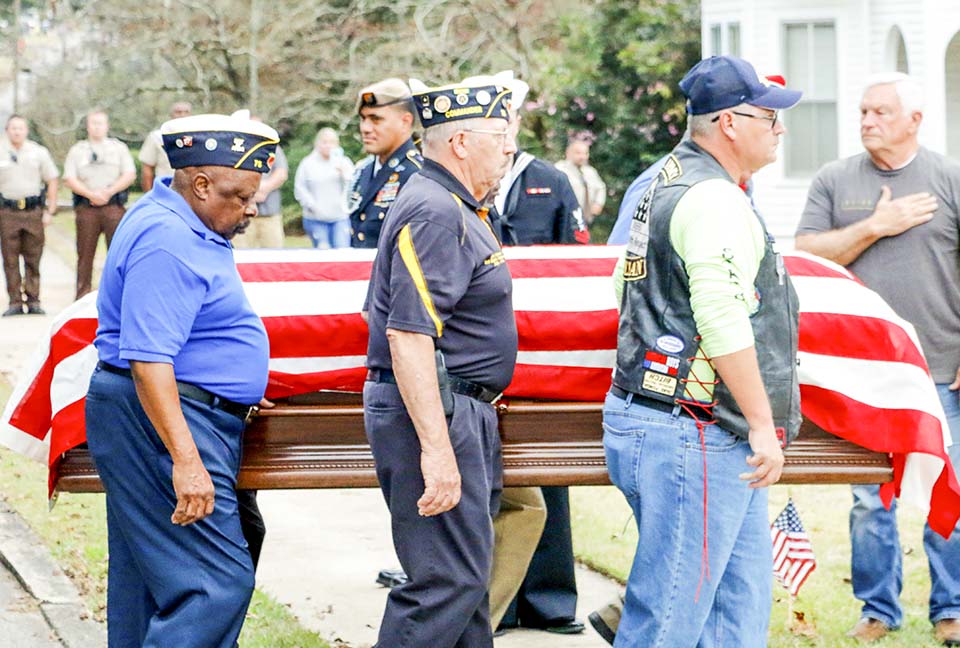 The remains of Sgt. Billy Joe Maxwell, a Hogansville native, were flown home on Thursday, as the army veteran was given a hero’s welcome by the Troup County community.

Maxwell was serving in the Korean War in 1950 when his company was overrun by Chinese troops. Maxwell was a member of Heavy Mortar Company, 31st Infantry Regiment, 7th Infantry Division. His unit was engaged in intense fighting with the Chinese People’s Volunteer Forces at near the Chosin Reservoir in North Korea. He was reported missing in action Nov. 30, 1950, and his remains could not be found after the war.

That changed in 2018, when North Korea turned over 55 boxes of remains to the United States, including Maxwell’s remains.

Members of his family were there on Thursday to welcome him back to his hometown, 69 years later.

“Everybody is so happy,” said Maxwell’s nephew, Jimmy Maxwell. “It is a weight lifted off.”

“It was awesome, to say the least,” Jimmy Maxwell said. “It was mixed emotions of relief that he was finally home and sadness to know that I never actually got to meet him. I’m just glad he is back.”

His two surviving brothers, Pete and Jerry, were able to be with their brother for the first time in almost 70 years.

Pete said that he was honored to see the pageantry of his brother’s homecoming.

Maxwell’s great-nephew, who has been serving in the U.S. Navy, served as a military escort from Hawaii to the funeral home in Hogansville for Sgt. Maxwell’s remains.

The family requests that he not be identified.

“That was awesome,” Jimmy Maxwell said. “I don’t know another word to describe it other than that. Just the fact that he was able to take part and he was able to escort the body home.”

The funeral service for Sgt. Maxwell will be at Claude A. McKibben and Sons Funeral Home at 2 p.m. Saturday with interment at Myrtle Hill Cemetery in Hogansville.

“A warrior is coming home,” said Hogansville Mayor Bill Stankiewicz. “In 1950, Billy Joe Maxwell answered his nation’s call and willingly went to Korea to defend a people’s freedom that he barely knew. And he made the supreme sacrifice. The citizens of Hogansville will welcome Sgt. Maxwell 69 years after he left … Welcome home, Billy Joe.”