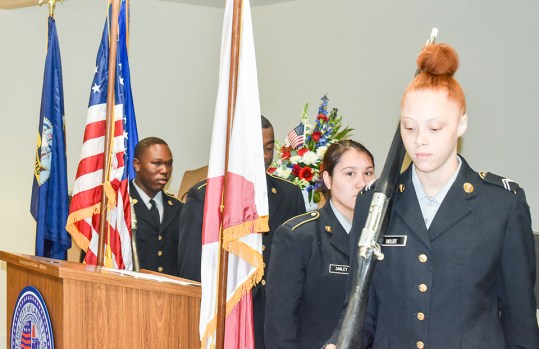 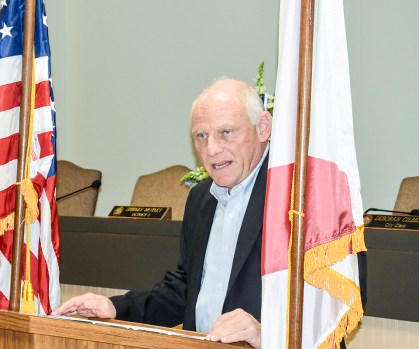 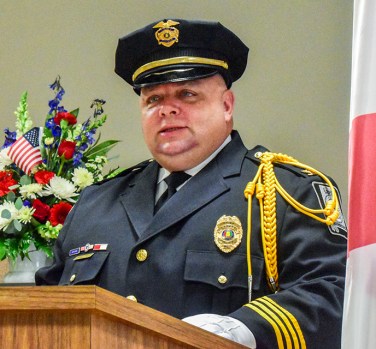 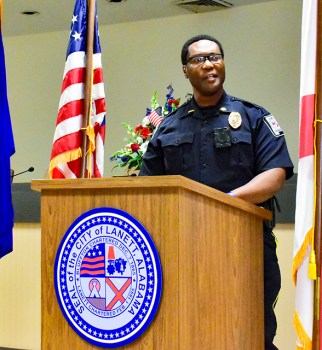 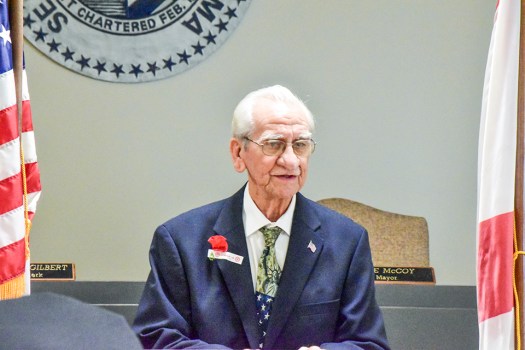 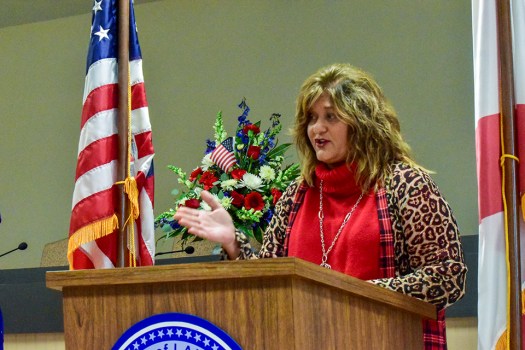 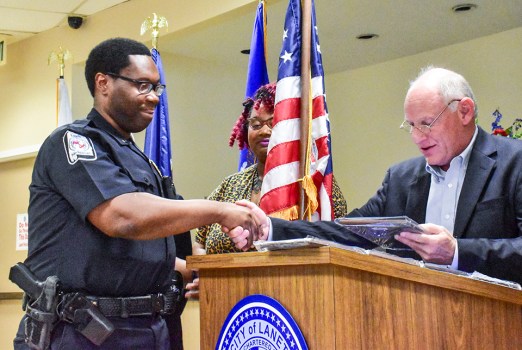 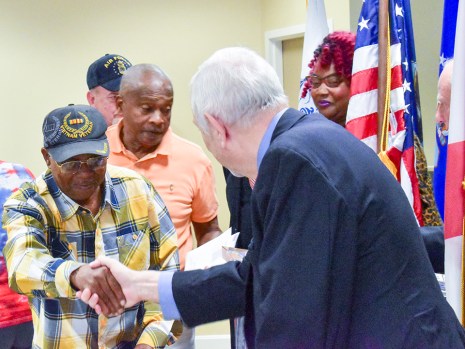 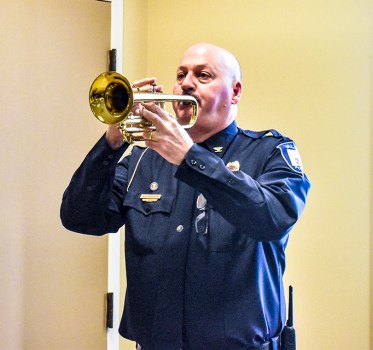 LANETT — Monday was all about honoring those who have served in the U.S. Armed Forces at Lanett City Hall.

Mayor Kyle McCoy, along with the Lanett City Council and city employees, provided lunch and a program from local veterans to show their appreciation.

“There’s a lot of strife and a lot of talk going on today in Washington, DC,” McCoy said. “Whether you’re on one side or the other side, that is our democracy in action. You may agree with one side. You might disagree with the other side. But that is for the veterans have done for us and for this country.”

McCoy said veterans had allowed America the opportunity to have debates and feel differently about topics facing the country. He said in other countries, some want to change the way Americans think, and veterans have fought to keep those liberties the way they are now.

“You may like it, you may not, but I’d much rather live in a country where we have the opportunity to agree to disagree with each other than to be told this is the only way to think,” McCoy said.

Lt. Willie Brown of the Lanett Police Department was the guest speaker Monday afternoon. Brown was a former staff sergeant within the U.S. Air Force before attending Jacksonville State University in 2002.

He told the crowd it’s the veterans that came before him that worked to keep America safe and free. Also, he said no matter for which branch a former military member served, taking the Oath of Enlistment is a brave and selfless act.

Brown said serving in the military is unlike any other profession, and it draws people from different backgrounds and cultures, regardless of race, sex or religious preferences.

“Once you get in the military, you are in a brotherhood that you can never experience anywhere else,” he said. “Men and women in the military are placed in situations where loyalty and unity build itself and the men and women are able to build each other.”

He said each individual within the military is more than a friend or co-worker — they are an everlasting family member.

“There is this tight-knit bond, and unwavering trust that creates a lifelong bond only a veteran would understand in the military,” Brown said. “You don’t care about individual background, beliefs or socioeconomic background, religion or race.”

He said Americans should always honor their veterans because they have done everything in service of the county.

“Veterans are a symbol of what makes our nation great. And we must never forget all they’ve done to ensure freedom,” Brown said. “Freedom is not free. There’s a price paid for it. This nation will remain the land the free as long as we have men and women raised to serve the country.”

Toward the end of the program, McCoy handed out proclamations and plaques to several veterans working and living in Lanett.