LaFayette board asks for park director 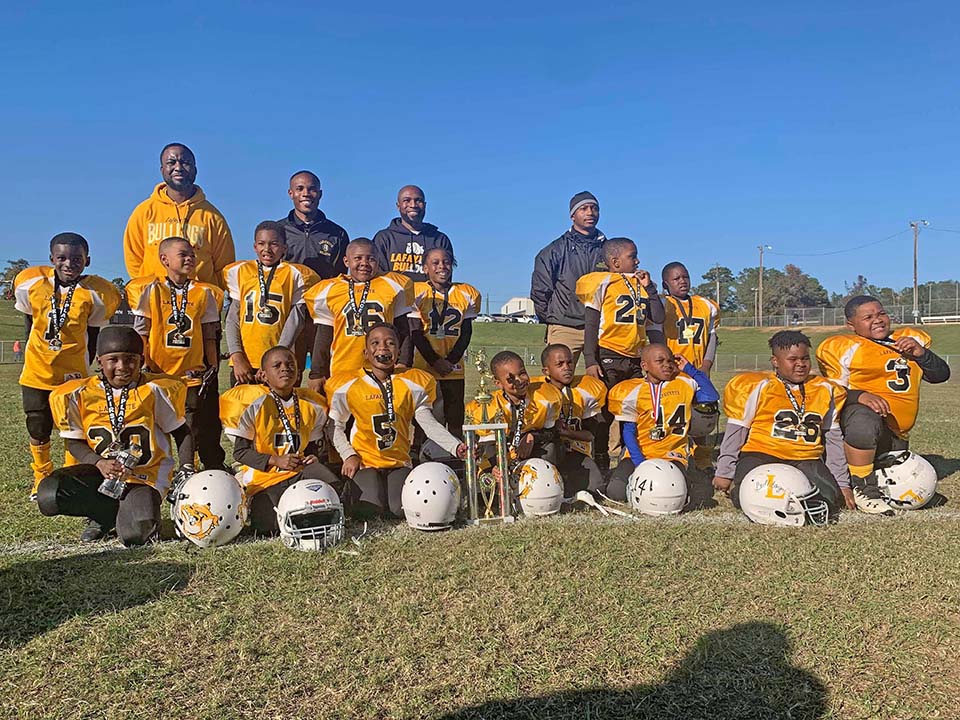 LaFAYETTE — Members of the LaFayette Recreational Board would like to have a park director in place soon.

Nell Finley, who represents District B for the park board, asked the LaFayette City Council on Nov. 4 to consider hiring a parks director to alleviate some of the duties from board members.

She said the board does not have a clear understanding of what it is required to do based on the city ordinance. Finley said the law does not require board members to collect money or find coaches for teams.

“We make a recommendation tonight that a municipal director of recreation be hired to take on the responsibilities that you’re putting on the chairman of our board of directors, who does not have the time in his day to make sure coaches have equipment,” Finley said.

She said currently the board of directors are the ones lining the fields, making sure coaches are available and in charge of registering children to play recreational sports.

“We should not have to be responsible for handling that money,” she said. “If we had a park and recreation director in place that could handle the day-to-day operations, I feel this board would be more capable of doing what your ordinance asks us to do.”

Councilman Tony Thomas, who is also the chairman of the Parks and Recreational Committee, said he’s in favor of hiring a park director but the financial situation of the city has to be right to make a hire.

Councilman Michael Ellis also said he has been in favor of a park director throughout his two terms on the council.

“We can’t expect our kids to compete with other kids in other towns,” he said. “We find the money for everything else up here, so that is very important. Those kids are our future.”

Finley said the parks and recreation board could not function without the support of the LaFayette mayor and city council.

“We can out there and say what we’re going to do, but if you don’t support us and what we’re doing, it is not going to work,” she said.

LaFayette City Clerk Louis Davidson said the mayor and council would need to talk about the need for a park director and figure out if it can be done. However, the closure of the Kardoes Rubber Company will impact the city’s budget significantly.

“I’m not sure how many people are aware of the significance of the loss of Kardoes,” he said. “At some point, everybody is going to need to be aware because it is major.”

Mayor Barry Moody said the parks and recreation committee within the city would need to discuss the matter during a meeting, then bring a recommendation to the full city council. Then, the council will address the issue and potentially bring it for a vote.