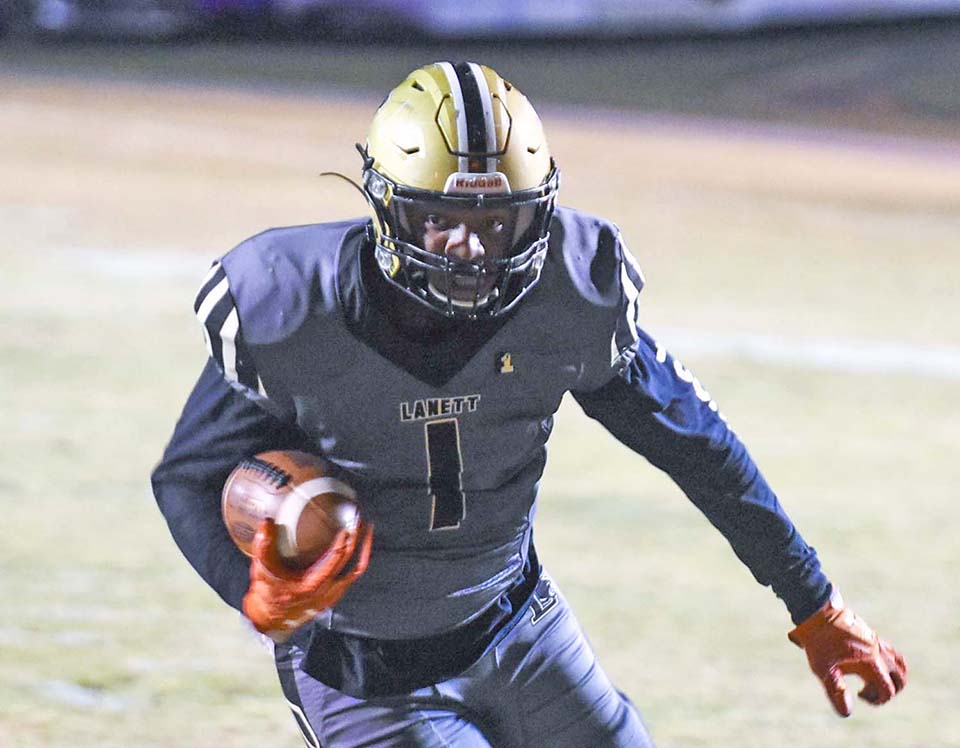 Rashad Milligan | Times-News at the goal line: Lanett senior running back Bj Smith runs in for a touchdown in the second half against Keith on Friday night.

LANETT — The 1A No. 2-ranked Lanett Panthers (10-0, 6-0) have now shut out four consecutive opponents after enjoying a 55-0 win over Keith in the first round of the state playoffs on Friday night.

“We executed in all three phases of the game tonight,” Lanett head football coach Clifford Story, Jr. said. “Defense got after it again, I’m proud of them. The offense played hard and we were fortunate to get some points against them early.”

“We executed well down the stretch,” Story said. “I thought we were going to get a little complacent as the game went on, but they kept fighting, kept on going and got more scores. I’m proud of the effort, we just have to go back to work for round two.”

Junior Tae Hurston returned the second-half opening kick back for a touchdown to increase the lead to 48-0 and senior running back BJ Smith punched in the final score of the night with a goal-line score with 4 minutes remaining in the third quarter.

Sophomore defensive back Dai’Shun Walker grabbed an interception to begin the fourth quarter.

“Those guys helped lay the foundation,” Story said. “They were apart of it since day one. I’m proud of them, they’re all doing a great job. It’s good for them to come back and encourage the kids so the kids can understand what it takes to get to that level. To have those guys come back and lend advice, it means a lot.”