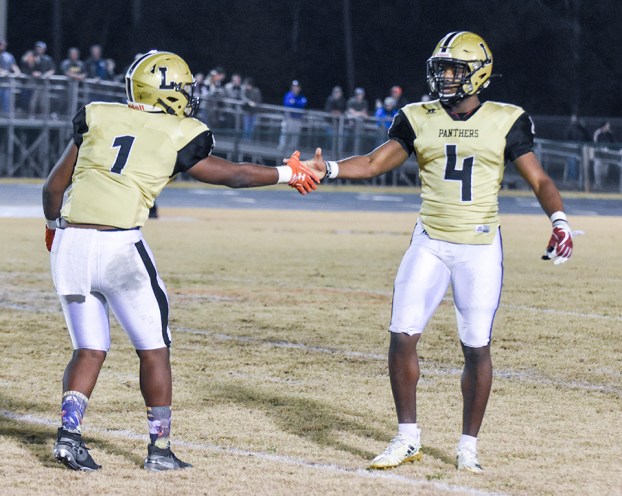 For most people, Thanksgiving is the time to relax, watch football and recuperate until Christmas. Lanett head coach Clifford Story and the Panthers will be on the football field, at least for a few hours.

Story and his coaches will be tasked with taking on Sweet Water, the No. 2 team in 1A in the state semifinals on Friday. Since school is out until Monday for the holiday, Lanett’s normal week is forced to change.

The Panthers will practice like normal on Wednesday, then will have a morning practice/walkthrough on Thursday starting around 10 finishing about an hour or an hour and 15 minutes later.

“We try to make it a routine, playing around this time,” Story said. “To us, it is just a typical thing now. Our motto is ‘we aren’t going backwards,’ so the kids expect it. We want to be around when the grass is brown.”

This holiday schedule isn’t that much out of the ordinary for Story and the Panthers, as they had to travel to Lamar County during their 2017 state championship run.

That year, Story gathered his troops at 9:30 a.m. on Thanksgiving and had about the same amount of time to have practice.

The team left about 10:30 that year, made it to Montgomery, where the team took a break from the bus to watch a movie.

That drive took four hours, while Friday’s trip to Sweet Water will take an hour less. Even though it is a closer drive, the schedule will be the same. The team will travel to Montgomery to watch a movie before departing to Thomasville, Alabama for a walkthrough and pregame meal.

From there, the Panthers will make the 20-minute drive to Sweet Water for the semifinal game.

Lanett will have a couple charter buses for students and other fans leaving around 3 p.m. Story said he knows of other groups of students that will be making the three-hour drive to Sweet Water.

“We’re going to have a good fan base, good fan support,” Story said.

Since various family members are going to be in town for the holiday, Lanett will be supported by people from around the state, reaching as far north as Huntsville.