Lanett prepared to take on Isabella in playoff showdown 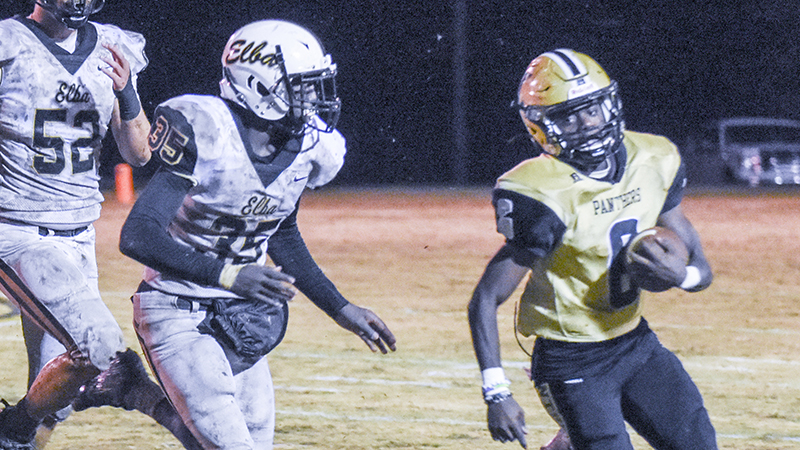 For the last four years, Lanett has been a constant threat to make a run in the 1A Alabama high school playoffs, as the Panthers have reached the third round of the playoffs every year since 2016.

Lanett coach Clifford Story leads a battled-tested group that has 10 seniors on the 39-player roster.

“When you’ve got guys that have been there, done that, they relax a little bit more to have some playoff experience. A majority of guys have been in the playoffs understand what it takes,” Story said.

“A few of them [were] on that quarterfinal team that lost last year at this point against Maplesville, and they’ve just been eager to get back to this point. They know what’s at stake. They understand the magnitude of moving forward, and they put a close to the ultimate goal, which is a state championship.”

The Panthers take on the Isabella Mustangs Friday night. The matchup will be the third time the two schools face off. Lanett has won both games by a combined score of 59-14, but those meetings were in 2012 and 2013.

Since that time, Isabella switched coaches, bringing in Tate Lenard. The Mustangs are 12-0, which is their best record since 2002. They have outscored their opponents by 381 points (540-159).

In the four years, he has been with Isabella, Lenard’s biggest change is the offensive style the Mustangs play. They used to run the traditional Notre Dame offense, which would have four potential runners. In Lenard’s system, the Mustangs run a power spread.

Story called Mustangs quarterback Travis “Cole” Atchison their workhorse, while their starting running back stands around six-foot-tall and weighs 225 pounds. According to Story, both are extremely physical.

“I think our kids are going be up for the challenge,” Story said. “They’re not a number four ranked team in the state for nothing.”

In their 29-27 overtime win against Millry, the Mustangs showed off that ball control by running 21 plays in the third quarter, which ran all 12 minutes off the clock.

“We’re going to go at them, we’re not going to be afraid of them,” Story said. “And hopefully we’re able to get them to punt some. That’s our goal. Everybody’s got that game plan going in.

“Mike Tyson used to say that everybody’s got a plan until you get punched in the mouth. So, I hope my guys can take a punch in the mouth and keep fighting. Their guys are probably going to be prepared to do the same thing.”

The game is set for 8 p.m. at the Valley Sportsplex.