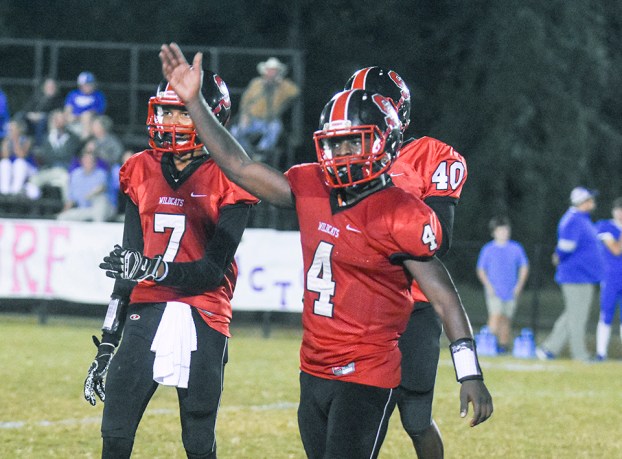 LANETT — Springwood (4-6, 1-2) is prepared to begin the second season on the road this Friday night at Patrician (4-6, 3-2). The Wildcats ended the regular season winning two of the final three games, with the one loss coming in the final minute of a 26-20 defeat at Lee-Scott.

“The beginning and the middle [of the regular season] wasn’t all that great,” Springwood head football coach John Garman said. “We had a few bright spots, but I felt like when we got to Calvary, we turned a corner offensively and some things started to come together for us … I feel good about where we are heading into the playoffs.”

Patrician has a similar playing style to Springwood in that the Saints run the Wing-T offense.

Springwood junior lineman Jay Davidson tweaked his ankle and senior wide receiver Louis Morrison suffered a concussion last Thursday night at Lee-Scott, but both players are expected to play this week, according to Gartman.

“We’re pretty thin,” Gartman said. “We don’t have a lot of depth, but we’ve been pretty fortunate with injuries this year and we’re fortunate with those two that it’s not major and they’ll be able to play Friday.”

The offense is led by the senior quarter Plank, who became Springwood’s second all-time leading passer this season against Morgan Academy on Oct. 4.

“He’s been very important to us,” Gartman said of Plank. “I’ve finally figured out how to use him well and what to do with him offensively.”

When Gartman first arrived at Springwood in July 2018, the offensive philosophy ran the Wing-T primarily through under center. After seeing Plank’s running abilities, the Wildcats spend most of their games in shotgun formation.

“It took me a little while to figure out how to use him because I had to do it in a different way than I’ve done it with other teams in the past,” Gartman said. “Now that we’ve sowed into something that plays to his strengths, I feel like we’ve gotten better offensively in the last few weeks because what Jordan’s been able to do. I feel like we have a lot of offensive momentum going into the playoffs.”

“If we were to win and at least get to the semifinals, that’d be a good accomplishment for us,” Gartman said.

A local team has moved up in the final Alabama Sports Writers Association (ASWA) prep poll of the season. Coming... read more