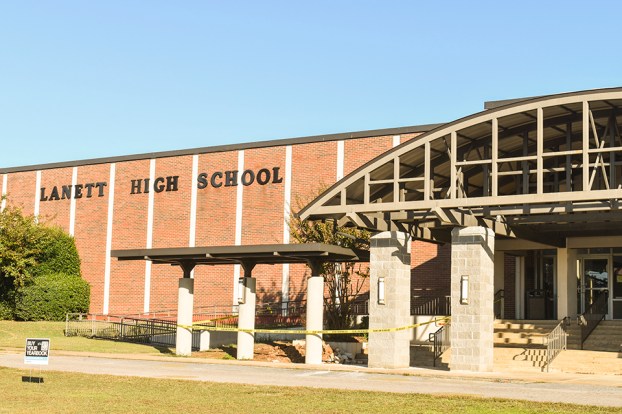 LaFAYETTE — The Chambers County Schools District and Lanett City Schools District showed a mixed bag of results after the Alabama State Department of Education released its annual report card for all schools in the state in late October.

As an overall district, Chambers County scored a 78 or a C. The Lanett City School System received a 70, which is also a C. The state system as a whole scored an 84, or a B.

The state measures academic achievement based on the percentage of proficient students in the areas of reading, English and math in tested grades on the Scantron assessment, Alabama Alternate Assessment and ACT.

One of the other big factors is academic growth based on individual students who demonstrate improvement in reading, English and math.

As a district, Chambers County scored a 57.84 in academic achievement, 89.12 in academic growth and 55.38 in college and career readiness. All scores are out of 100. The district was scored as having an 82.07 percent graduation rate, which is down from the 2018 rate of 86 percent.

However, the district did achieve a much lower chronic absenteeism rate of 8.97 percent, down from 14.76 percent in 2018.

Lanett City Schools also saw its share of ups and downs. It increased its academic growth stat to 85.52 percent from 78.98 percent, but saw a decrease in its graduation rate to 74.14 from 86 percent. Lanett also saw its overall college and career readiness drop from 53.97 percent to 48.28 percent.

The state average for academic achievement was 66.15 percent, academic growth was 93.06 percent and college and career readiness was 75.05 percent. The state’s graduation rate was 90 percent and chronic absenteeism was 11.17.

The elementary schools were where Chambers County saw its largest improvements.

Just about all elementary schools achieved a B score, with Five Points achieving the highest score with an 86.

Fairfax improved two points this year to an 81, keeping most of its scores about the same as 2018, with the exception of chronic absenteeism dropping six points to 5.86 percent.

Five Points achieved an 86 grade after a 79 in 2018, the only local school to top the state average on the report card. The elementary school made nearly an eight-point jump in academic achievement and fell just short of a perfect score in academic growth with a score of 99.24 percent.

Huguley Elementary was the only elementary school in Chambers County to decrease its overall score to an 84. The school saw an almost six-point drop in academic achievement as well as small decrease in academic growth from a 96.37 to 92.73.

LaFayette Eastside Elementary was the worst performing elementary school, but it did improve upon this past year’s score. Eastside jumped from a 68 in 2018 to a 72 this year. The school made big gains in academic growth from 79.07 to 86.17. The school’s chronic absenteeism also decreased by about six percentage points.

LaFayette Lanier Elementary made the biggest jump of all elementary schools moving from a 75 in 2018 to an 84 this year. The increase was mostly because of an increase of academic growth from 80.84 percent to 92.5 percent.

John P. Powell Middle School scored a 68 on the state report card in 2019, which is one point down from 2018. Academic achievement remained level at the middle school but a five-point drop in academic growth may have contributed to the loss of a point. However, the school did make strides in chronic absenteeism by posting a 6.8 percent, which is down from 16.22 percent in 2018.

W.F. Burns Middle School saw a slight increase in its overall score to 78 from 77. The one-point increase came from a small jump in academic achievement, scoring essentially the same in academic growth, and decreasing chronic absenteeism by about eight percent.

In Lanett, the Lanett Junior High School made a seven-point increase in its overall score to a 79. The junior high made strides in academic achievement by about eight percent and also increased its academic growth score to 97.63 percent. The middle school also had the biggest decrease in chronic absenteeism in the entire district, dropping 8.3 points from 2018.

LaFayette High School had the lowest overall score in the Chambers County District, actually dropping two points from the previous year to a 66. The academic achievement score fell from 38.46 to 29.66. The academic growth and the college and career readiness scores held almost steady, just barely decreasing. The high school did see a rise in its graduation rate to 87.93 percent, up from 85 percent the previous year.

Valley High School made the biggest drop in the district to an overall 73 score. It scored an 80 in 2018. Valley saw a big drop in academic achievement, falling down to 43.36 percent from 54.84 percent in 2018. Academic growth also dropped eight points and the graduation rate came in at 80.31 percent, down from 87 percent a year ago. Valley’s college and career readiness score also decreased 11 points, coming in at 57.51 percent, which is down from 68.88 percent in 2018.

LANETT — Springwood (4-6, 1-2) is prepared to begin the second season on the road this Friday night at Patrician... read more