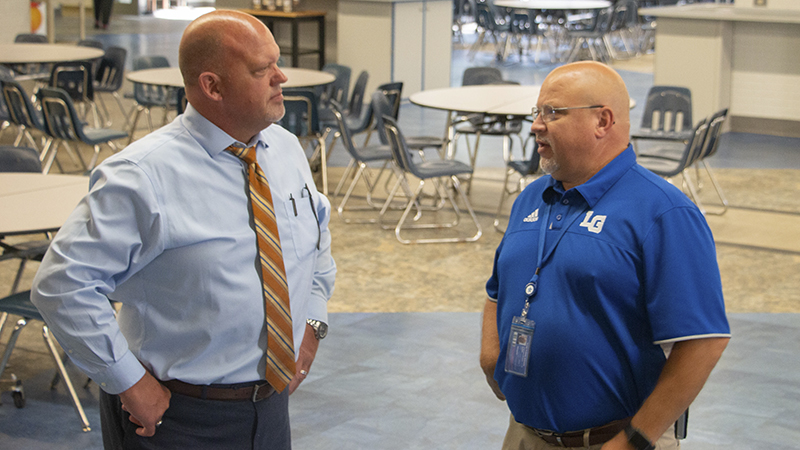 Thirteen schools in the Troup County School System saw improvements in the newest College and Career Readiness Performance Index scores, which were released on Friday.

“The gap closed from 10.5 to 5.4. We made up 5.1 points,” said Superintendent Brian Shumate. “That’s good news. I think that the district began a path last year with focusing on core content, focusing on school climate, really making sure our interventions were geared toward kids at all levels.”

According to the Georgia Department of Education website, CCRPI is a comprehensive platform focused on school improvement, accountability and communication. Schools are measured on a 100-point scale that is based on multiple factors. The CCRPI metric scores schools on content mastery, progress, closing gaps, readiness, climate and graduation rate.

“I think that they got very focused on the content for assessment, which is a Georgia Standards for Excellence,” Shumate said of Hogansville Elementary School. “I think that they have a very systemic coordinated approach for interventions when students aren’t meeting the benchmarks. I’ve noticed a focused effort by the principal and the staff on reaching every kid.”

Shumate said he likes to compare the overall scores to districts with similar demographics from around the state and to TCSS’ RESA, or Regional Education Service Agency, which are school systems in this part of the state. There are 15 total systems in that comparison, and TCSS ranks tenth in that list. Out of those schools, TCSS had the third biggest gain in 2019.

Coweta County leads the comparison scores list with an 84.9 overall score. Schools were also given a climate rating from one to five, with one being most in need of improvement and five being an excellent climate. According to the Georgia Department of Education, climate rating is determined based on surveys, student discipline, school-discipline incidents and student survey responses on illegal substances and violence, bullying or other unsafe incidents, and attendance.

Most schools in TCSS earned a four rating, with none earning a five. Hollis Hand Elementary (3), LaGrange High School (3) and Clearview Elementary (2) were the only schools that did not earn a four for climate.

Shumate said parents should appreciate that Georgia has one of the most comprehensive assessments of schools as anywhere in the country.

“The way the CCRPI is calculated, it gives credit for a lot of other things other than just that proficiency test,” Shumate said.

“There’s more to schooling than just one test one time a year … That’s what people complain about that one test doesn’t make or break or it doesn’t demonstrate a kid’s learning. The CCRPI, the way it’s designed in Georgia, is complex is actually beneficial because it gives schools credit for things that make up an entire school experience.”