Valley fire sends one to burn center in Birmingham 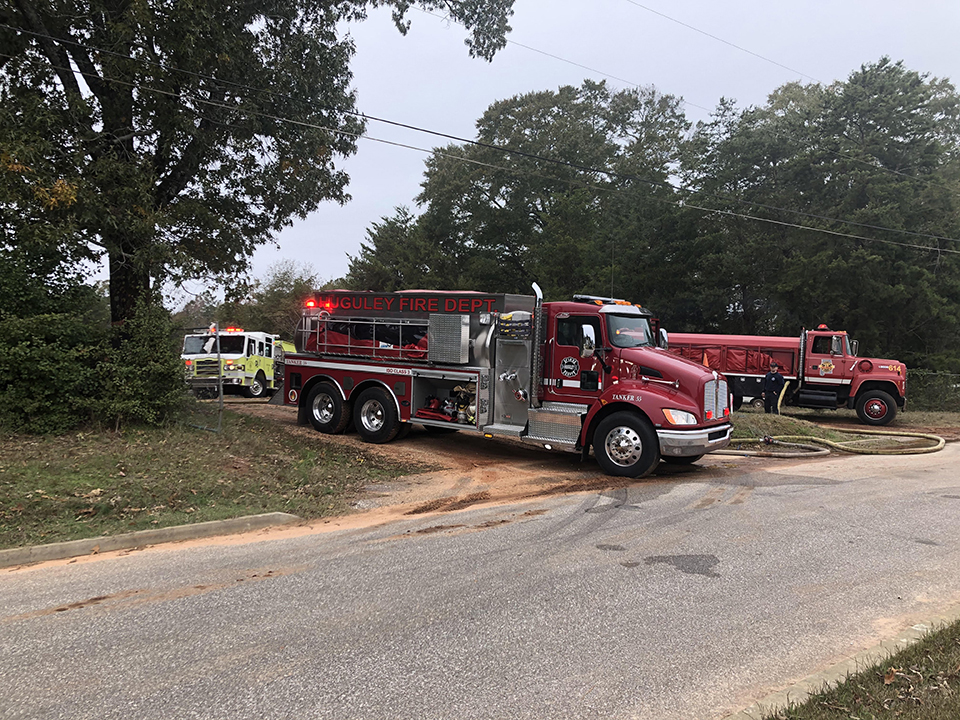 Fire crews appeared on the scene of a mobile home structure fire located off County Road 190 in Valley. -- Submitted Photo

VALLEY — A structure fire at a Valley mobile home has left one person being treated for burns at the University of Alabama at Birmingham Burn Center, according to East Alabama Fire Department Assistant Fire Chief Kerry Pickard.

He said fire crews were called to the fire at about 11:30 a.m. Thursday just off County Road 190 in Valley. Upon arrival, Pickard said the double-wide mobile home was already fully involved.

The injured man appeared to be inside of the home at the time of the fire but made it out before he suffered more injuries. The man was alert and talking to emergency personnel when he was taken to a local hospital. From there, he was flown to UAB.

Pickard said the cause of the fire is still under investigation, and the Alabama Fire Marshal’s Office will help investigate the incident.

No other structures were damaged due to the fire, but Pickard said a couple of vehicles did sustain heat damage.

However, the mobile home is a total loss.

“When we got there, about 60 percent of it had already gotten to the point where it was gone,” Pickard said.

No other injuries occurred during the incident. Pickard said the Huguley and Beulah Fire Departments provided assistance with tanker trucks to bring in water.