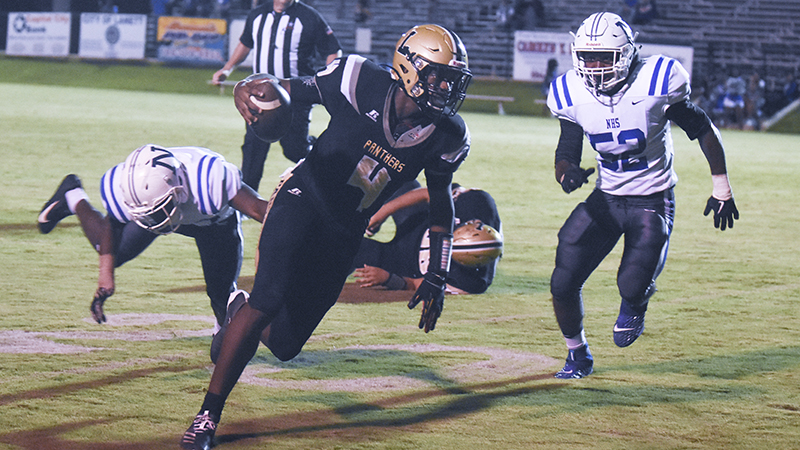 On Friday night, four local Alabama football teams continue the journey toward a state championship with second-round matchups, while Troup County begins round one in the Georgia playoffs.

AISA No. 5-ranked Chambers Academy (10-1) hosts AISA No. 4-ranked Wilcox (10-1) in the Class A state semifinal. The Rebels are coming off of a 46-39 win over Jackson Academy (4-6). Chambers Academy won the first-round matchup in the final minute of the contest. Rebels junior quarterback Payton Allen ran in the game-winning touchdown with four seconds remaining. Wilcox is coming off of a 40-0 win over Pickens last week.

Wilcox Academy’s only loss this year came to Crenshaw Christian, who is playing South Academy in the other class A semifinal.

The winner advances to the state championship game in Troy next week.

LaFayette (6-4) heads on the road this week to face Ariton (9-2). Ariton is currently riding a nine-game winning streak after losing its first two games of the season. Last week, Ariton defeated Chickasaw 40-19. LaFayette has won four of their last five games after last week’s 27-7 win over New Brockton. With a win, LaFayette advances to the third round for the first time since 2016.

The winner will face the winner of Leroy/Goshen next week.

Lanett (10-0) hosts Elba (8-3) Friday. The Panthers are coming off of their fourth-straight shutout with a 55-0 first-round victory against Keith (6-5). Lanett has defeated its past four opponents by a combined score of 193-0. Elba has won its last four games. All three games Elba lost this year (Daleville, G.W. Long and Brantley) were to playoff teams.

The winner will face the Isabella-Millry winner next week.

The winner faces the Baldwin-Cairo winner next week.

Junior Tino Linson grabbed a second-half pick-six to secure the victory for Valley. Ramsay is coming off of a 34-12 win over Demopolis. Ramsay has won eight of its last nine games. Ramsey’s two losses this year came to Pinson Valley (8-2) and Briarwood (10-1).

The winner will face the winner of Pleasant Grove-Faith Academy next week.