Valley looking to build new subdivision on city’s west side 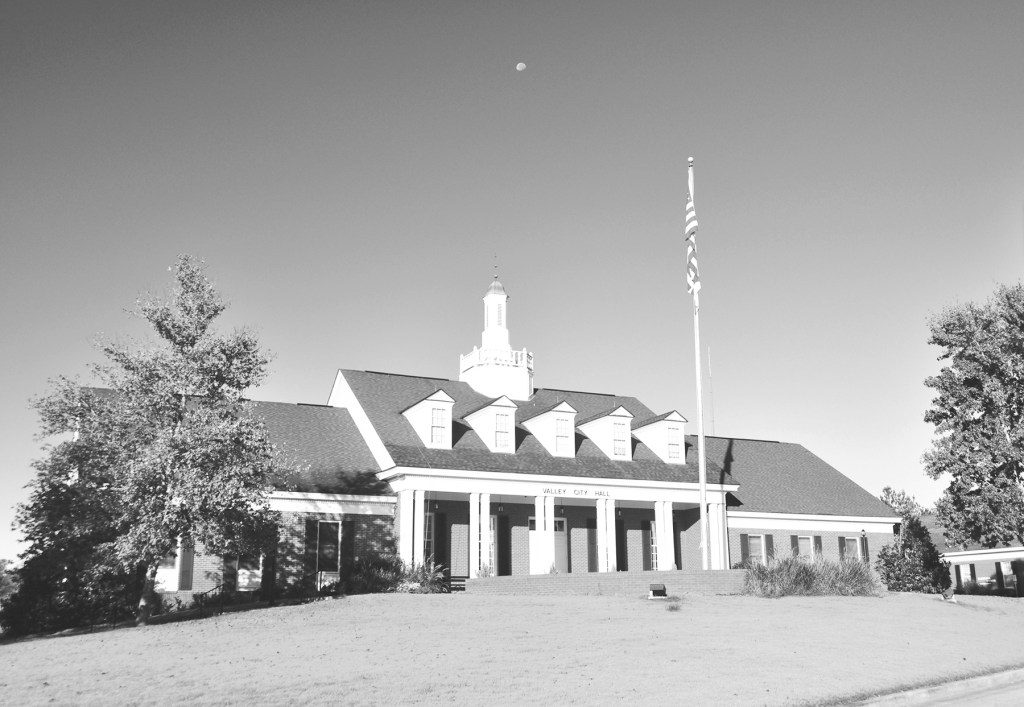 VALLEY — The City of Valley is acting to build a new subdivision on the west side of town.

At Tuesday evening’s council meeting, a first reading was held for an ordinance to sell about 40 acres of city-owned property off Combs Road to Chris Clark Properties, LLC for just under $205,000. It could be approved following a second reading at the Nov. 25 meeting.

New water lines are expected to reach the area next spring, and there’s a possibility sewer lines could reach as well.

Some stipulations are included in the proposed ordinance. They include that no lot in the new subdivision shall be sold from the property without there being a residential structure of at least 1,400 sure feet with a carport, no lot can be sold for commercial purposes for at least five years and sales shall be subject to zoning by the city planning commission and city council.

Two tracts of property on the same side of Combs Road have been surveyed by Harris & Gray. Should the ordinance be approved, Chris Clark Properties, LLC could grade the site, put in multiple streets and home sites within the next year.

Right now, the future residential area is in the concept stage.

According to City Attorney John Ben Jones, the site doesn’t yet have a zoning designation. It’s part of a large tract of land purchased in recent years from a private landowner and annexed into the city for future development. Much of the land is in an industrial park, and plans are to have water running there in the near future. An above-ground water storage tank will be built across from Rehoboth Baptist Church to boost the water pressure in the area.

Ben Jones added that the city has subdivision regulations already in place and that they would apply to this newly annexed property.

Jim Jones asked about how the sale was negotiated. Riley said he had handled it but that the property had been available for sale.

“We haven’t advertised it, but we do have signs up. Anyone interested in buying will have to follow the same rules everyone else does,” he said.

Jim Jones said he’d like to see a map of the site before the ordinance comes up for a second vote. Riley said that could be done.

If all goes well with the subdivision’s development, there could be several hundred moderately-priced homes in that part of town in the coming years.

On another topic, the mayor said the city would enforce its new ordinance on political signs. They can’t be up prior to 60 days before an election. The ones that are now up will be taken down and brought to the back of city hall. Candidates or their supporters can pick them up and keep them until it’s closer to the election. They can be put back up once the election is 60 days out.

The council approved a resolution to declare a Public Works Department tractor as a surplus item. This will allow it to be traded in on a new one.

“This will allow us to have a brand-new tractor with a warranty,” Public Works Director Patrick Bolt said.

With the holidays just around the corner, Bolt said the city’s decorations will look a bit different this year.

“If you see them in different places, it’s because of a new state law,” he said.

There are new restrictions on putting up Christmas decorations near cable lines and power lines.

“We didn’t know about this until Oct. 28,” Riley said. “There could be 15 to 20 of them that may not go up this year. We want people to understand this and be patient with us.”

Planning & Development Director Travis Carter informed the council that a stream stabilization effort started Tuesday on Moore’s Creek in from of city hall.

“They will be here for the next month-and-a-half,” he said.

Blount said that the Valley Farmers Market will be open on the next two Friday afternoons.

“I will be serving hot chocolate instead of cold lemonade,” she said. “Our farmers will have their fall crops for sale. It will be a good opportunity to pick up some fresh vegetables for your Thanksgiving table.”

Blount said that this year’s season for the city’s merry-go-round outside of the former Langdale Mill site will be shorter than normal due to Thanksgiving falling later on the calendar than normal.

“We will open on a Monday rather than a Friday this year,” she said. “The first night will be on Dec. 2. We will have our three-millionth rider this year, and we will have a special day on Saturday, Dec. 14. We’ll have a Sleigh the 5k run that morning and will be making gingerbread houses in the afternoon. That’s the day of the state’s bicentennial and we will be having history tours on the CV Trail. The Valleywide Christmas Parade will start at 6 p.m. on Thursday, Dec. 12. It will follow the same route it’s been on for several years now. Lining up for the parade will start at 3 p.m.”

Councilman Jim Clark said he wanted to commend Keith Miles for a humanitarian act he’d recently done in rescuing a mother cat and her kittens someone had put out on a busily-traveled street.

“They were in a small box, and the kittens kept getting out and getting in the street,” Clark said. “He’s taking care of them until he can find an owner.”

Clark said he wanted to thank Bill Sharpe and a Walmart employee whose quick actions in attempting to put out a fire made the recent incident at Walmart not as bad as it could have been.

In answering a question put to him by Riley, Ben Jones said the Gordy family has a hearing date on Dec. 10 before Circuit Judge Steve Perryman to make a case why they should continue living in a condemned house instead of being evicted and the house torn down.