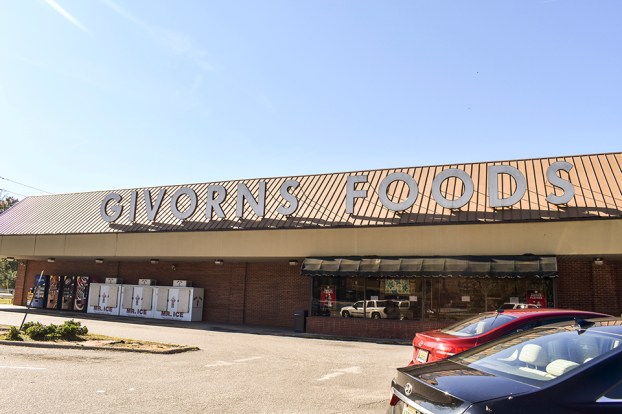 Pictured above is Givorns Foods in Valley, one of the businesses police say two individuals cut a hole in the back of the building to attempt to get in. The other building was Dollar General next door. Police say the individuals did not get inside Givorns but did enter Dollar General and stole money out of the safe. -- Photo by Dustin Duncan

“We don’t believe they went into Givorns as far as we can tell,” Weldon said. “They did cut into it, but they didn’t physically climb in and walk around.”

He said the two individuals were captured on store surveillance cameras. They were average-sized, wearing all black and ski masks.

Givorns Foods General Manager Danny Crosby said Givorns’ metal door in the back of the store was cut through but the individual never came in. Crosby said the store has motion detectors near where the hole was cut that were never triggered. He said the damage to the metal door would cost thousands to replace.

Crosby said he couldn’t see much about the person cutting the hole from the cameras in the back of the store but did see the person was white because of their hands.

Crosby said the Givorns’ family also owns the Dollar General store next to the grocery store. There was a man-sized hole covered by a piece of wood in the back of the store. Both stores appeared to be open Wednesday afternoon.

Weldon said if anyone knows anything about these incidents, call the police department at (334) 756-5200.

Decorations going up around The Valley

It’s beginning to look at lot like the holidays in West Point, where many decorations have gone up, and Lanett... read more