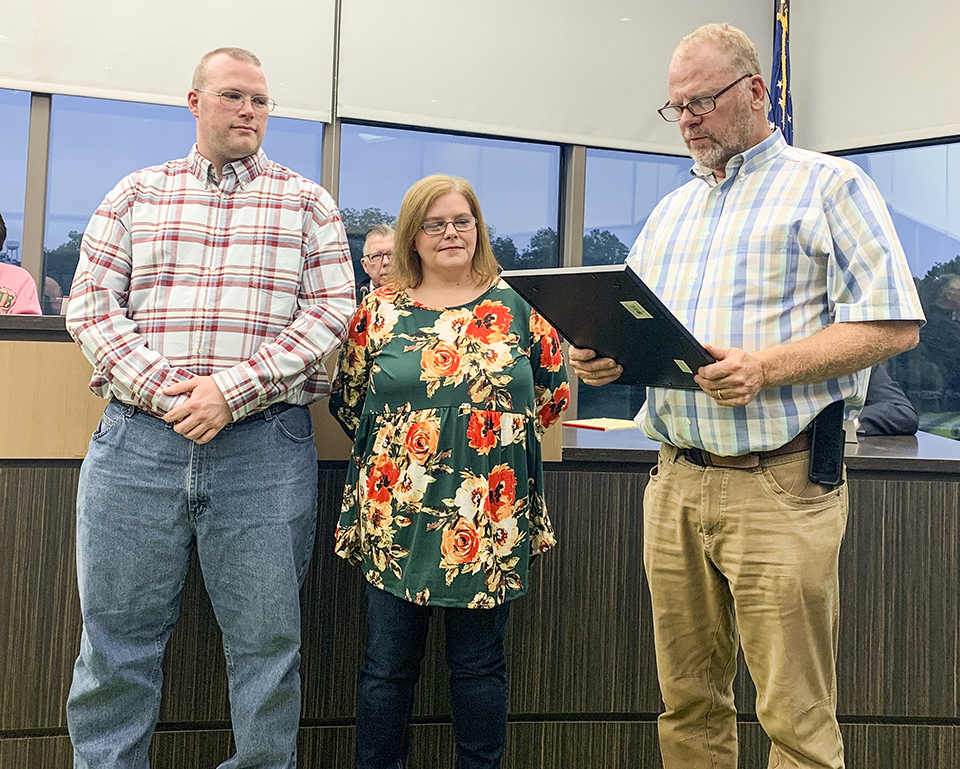 WEST POINT — The Myers family is working hard to get life back to normal, and the West Point City Council attempted to ease that process Thursday night by reading a proclamation in their honor.

Mayor Steve Tramell announced that the weekend of Nov. 23, 2019, will be known as Miracle for the Myers Weekend.

Cheryl and Hermon Myers are the founders of the Christian Service Center, which gives out several supplies throughout the year for those in need and even more around the holidays.

In August, the Myers’ oldest son James was found to have a staph infection, inhibiting his ability to walk. Since then, he’s been in a wheelchair, and the family isn’t sure if he’ll be able to walk again.

“For 30 years, the Christian Service Center has been selflessly feeding, clothing and loving the poor and indigent families in our community,” Tramell said as he read the proclamation.

The proclamation was received by the Myers’ daughter Kristy Eddy and her husband, Nicholas Eddy.

“We appreciate the support and definitively the prayers,” Kristy Eddy said. “James is paralyzed, and we don’t know if he will walk again but we believe that he will.”

The council also hosted a public hearing for the city’s proposed $19,367,071 budget.

Some of the highlights for the budget include a 2 percent cost of living ajustment for employees, accounting for $80,000 across the board.

Utility budgets have remained mostly the same throughout the past four years. There will be no rate change for electric, water/ sewage, or natural gas in 2020.

“This is a projection of what we expect to spend next year,” Tramell said. “Every year that I have been involved with the council and as the mayor, we have come in at budget or under budget.”

He said the department heads in city hall make the process easy for the council.

“Every department gets together, we know what they are asking for and they stay within that budget,” he said. “It all works very smoothly.”

The council will host another public hearing at its Nov. 26 work session and is expected to adopt the budget at a business meeting on Dec. 9.

The Nov. 11 business meeting has been canceled due to no items needing to be voted on, according to Tramell.