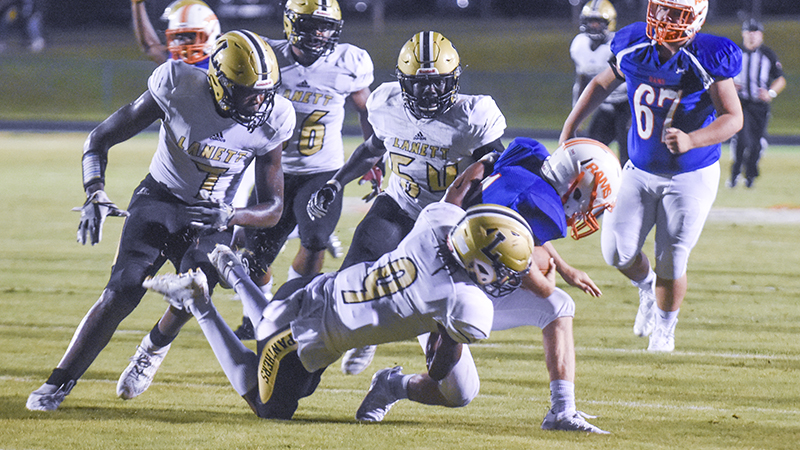 Every two years the Alabama High School Association makes a change to its classification, and that change was official on Wednesday. Since there is the competitive balance rule in place, only the fall sports were introduced.

For the most part, Chambers County stayed the same, but two schools made the jump to the next classification.

Defending 1A football state champion Lanett moved up to 2A. Its enrollment jumped from 158.6 in the 2018-20 reclassification to 163.8 for the 2020-22 classifications. Lanett will play in 2A’s Region 4, which is also the same region as LaFayette.

“We are excited to be back with some familiar opponents,” Lanett head football coach and athletic director Clifford Story said. “It will be the SEC and very physical. We will embrace it and look forward to competing. The next two years will be a lot of fun.”

Valley was one of the 11 schools across the state to make the move to 6A.

Beulah and LaFayette stayed in the same classification, remaining in 3A and 2A respectively.

For the first time the AHSAA looked at enrollment numbers for ninth through eleventh grade students instead of tenth through twelfth graders.

Here is a closer look at the AHSAA Chambers County schools:

Football: The Rams moved to Region 2 and will have a tough competition. Alongside the Rams, there will be Robert E. Lee, who moved down from 7A, Opelika, Park Crossing, Russell County, Lanier Sidney, Eufaula and George Washington Carver.

Volleyball: The Rams will play in area 4 with Eufaula, Opelika and Russell County.

Football: The Bulldogs will be in Region 4 starting next year. They will play Dadeville, Goshen, Montgomery Catholic, Pike County, Reeltown and Saint James. Saint James and Dadeville are the only two teams following Beulah from Region 3 to Region 4.

Volleyball: The Bobcats will play in area 7 alongside Reeltown and Dadeville.

Volleyball: The Panthers will play win area 8 alongside Lafayette, Randolph County and Ranburne.

The remaining sports will be announced after the seasons are over because of the competitive balance.

Mars Hill Bible, who played for the last two 1A state championships, has been moved to 2A because of the competitive balance rule.

Mountain Brook and McGill-Toolen were both moved down to 6A from 7A.

UMS-Wright, who was in the 4A state championship game the last four years, moved to 5A, while St. Paul’s Episcopal moved down to 5A. Both changed because of the completive balance rule.