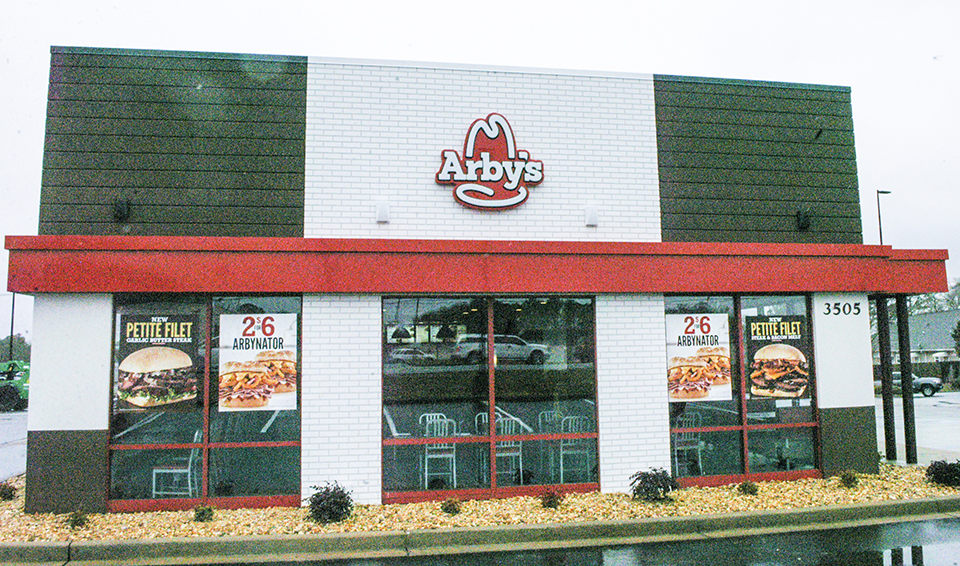 VALLEY — Arby’s has been at its present location in the heart of Valley on Highway 29 for more than 20 years now.

It has recently undergone a major facelift and looks like a brand-new store.

It took about three weeks for this major transformation to take place.

The store reopened to the public on Friday, Dec. 20.

A grand reopening will likely take place around the first of the year.

“Everything’s new,” shift supervisor Jessica Meacham told The Valley Times-News. “We have a new lobby. Our front counter is entirely new, and the floor is new. We have new lighting, the frying station is new, and we have new fryers. I love the high-top tables and the new chairs. All the chairs in the lobby are new, and the restrooms have been completely revamped. The new exterior looks great.”

On Fridays and Saturdays the lobby is open from 10 until 11 p.m.
The drive-in window is open for an extra hour seven days a week.

Arby’s is an American fast food sandwich restaurant chair with just under 3,500 locations in the U.S., Canada, Turkey and Qatar.

Arby’s is best known for its roast beef and beef and cheddar sandwiches.

The company is headquartered in Sandy Springs, Georgia just outside Atlanta.