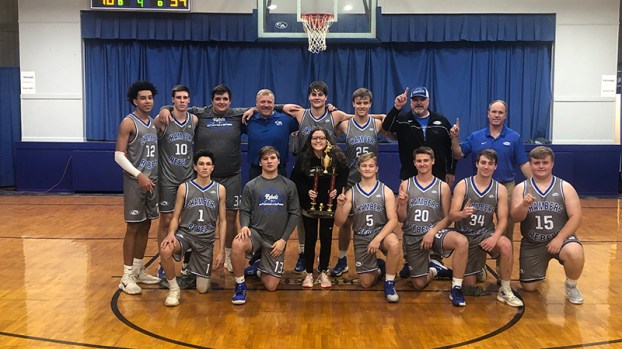 Chambers Academy held its first Christmas basketball tournament on Saturday in honor of Peyton Lamb and to raise money for Cystic Fibrosis.

“I’m thankful for being able to attend Chambers,” Lamb said. “They all support me and comfort me in hard times.”

Lamb is a senior who has attended Chambers since she was in kindergarten.

“It’s an honor to be a part of this community and this family. They’re always there for us,” Peyton’s mother Kris Lamb said.

Lamb was diagnosed with Cystic Fibrosis when she was three years old. She’s had more than 26 surgeries, and she misses school for stints because of her disease. The Chambers community has helped her through it all.

“To be able to go to the same school and not change, it’s pretty awesome for me because I go through a lot,” Lamb said. “If I had to change schools, that would be a lot of pressure. All the teachers are super great helping me make up everything.”

After graduating in May, Lamb plans to attend Southern Union Community College and will transfer to Auburn. She hasn’t decided on her major.

The two-day tournament raised more than $1,600, all of which is going to be donated to the Cystic Fibrosis Foundation. Alongside the game, the Lambs have been raising money to combat CF raising more than $100,000 since 2007. They started a group called Peyton’s Pals to raise awareness of the rare disease.

Its website is peytonisyopal.com. Alongside having a way to donate to the CF foundation, the website also has a blog section that follows Lamb’s journey with CF.

After the first day of the tournament, Chambers Academy and Springwood School each had one team in the championship game.

The Rebels were led by Payton Allen and Raphe Daniel. Each recorded a double-double, as Allen finished with 19 points and 10 rebounds, while Daniel had 15 points and 13 rebounds.

The Rebels are now 7-1 on the season.

The Rebels are back in action on Jan. 4 when they travel to Birmingham to play Heritage Christian.

The Springwood girls won the girls section of the tournament, holding off Autauga Academy 54-49.

Both teams are back in action on Jan. 7 when they host Coosa Valley.

For the second-consecutive year, Lanett quarterback Kristian Story will have a chance to win Mr. Football. The Alabama signee was... read more