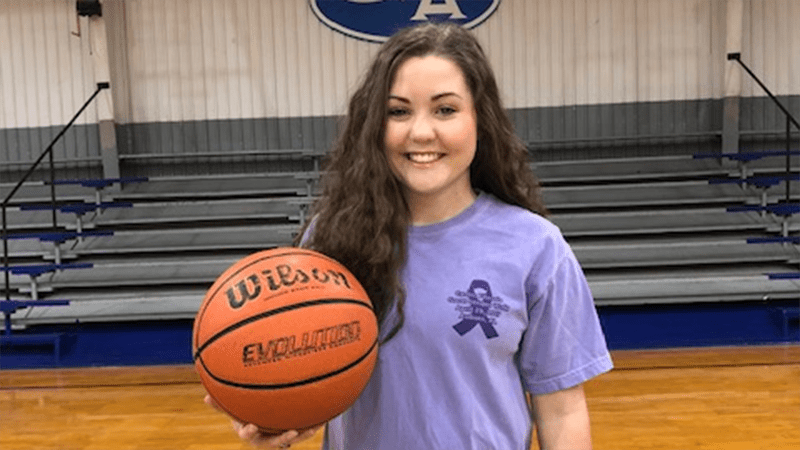 The proceeds for the game will go to the Cystic Fibrosis Foundation, in honor of Chambers senior Peyton Lamb.

“When something like this affects someone you know and love, it really hits home,” Chambers Academy basketball coach Jason Allen said. “We’re really excited to be able to do this tournament for cystic fibrosis.”

Lamb has attended Chambers since kindergarten and has thrived in the classroom, finishing the first semester of her senior year with a 3.89 GPA.

“She’s been through a lot in her life, and she’s a supergirl,” Allen said. “Everybody loves her at the school, and to be able to do something like this for her and cystic fibrosis, hopefully, they’re going to find a cure.

She cheers for the Rebels varsity team, is a member of the school’s Student Government Association and finished second in the AISA’s technology team contest.”

Lamb was diagnosed with Cystic Fibrosis at three years old. CF is a genetic disease that causes lung infections, limiting a person’s ability to breath.

Lamb has faced multiple surgeries and hospital stays because of this disease.

The first game starts at 2 p.m. when LaGrange Academy girls play Autauga Academy’s girls. Both boys’ teams follow. The Chambers girls team then hosts rival Springwood at 5 p.m. while the boys play at 6:30.

The consolation games start on Saturday at 1 p.m. followed by the girls’ championship, which starts at 4 p.m.

“Usually you’re just worried about breaking even or make sure that we get the referees paid and have a good tournament,” Allen said. “To be able to do this for something bigger than all of us, it takes on a whole new meaning to me.”