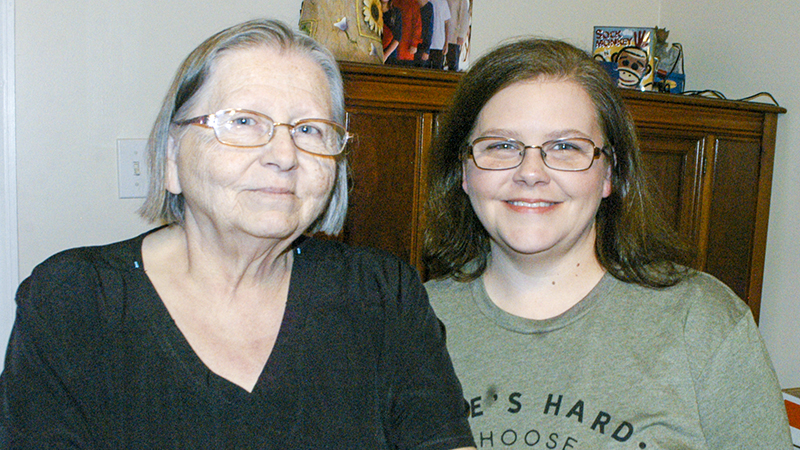 VALLEY — The Christian Service Center is running behind on its normal pace of local families applying for help during the Christmas season.

“We have around 200 families on our list right now, and we expect to add another 100 families before Christmas,” Director Cheryl Myers told The Valley Times-News. “We do have a lot of new families this year, people who have never asked for help before. We expect to provide toys for somewhere between 600 and 800 children this year.”

Myers said she expects requests to pick up before Christmas. The problem is that the later people wait the harder it is to help everyone.

“What we have seen in past years is that those who wait to the last minute are those who need help the most,” Myers said. “A lot of people will wait for that last check before Christmas to take care of their Christmas shopping. If they have a seasonal job they may not get that check. In some situations, women with children expect an ex-husband to help them out at Christmas, and they won’t. We’ve also found out that the farther you get out in rural areas the more likely it is that people don’t know that there is help available.”

The Christian Service Center has been running behind on toy donations this year.

“It’s been touch and go,” Myers said. “We hope this picks up. There have been some years when we ran out of toys for certain age groups.”

Myers credits daughter Christy Eddy for being very skilled in making sure these needs are taken care of.

“I don’t know what I’d do without her,” she said. “She’s pretty much run the show this year since I’ve been home so much taking care of my son James.”

In June, James contracted a staph infection that left him paralyzed.

“When we first got him home from the hospital, we found that if we moved one of his feet a certain way he could move one of his toes,” Myers said.

His recovery has been slow but steady. There was a time when it was thought he might never walk again, but thanks to the help from EAMC-Lanier’s acute rehab unit and Rehab Works, it’s very promising that James will be able to walk again. His recovery has not been easy, but he has a great attitude about it. “I want to run in next year’s Hike/Bike/Run,” he says.

He sees physical therapists at the hospital on a regular basis and personal trainer Joe McElvy works with him in the home.

“James is very good to work with,” McElvy said. “He does what you ask him to do, and you don’t have to motivate him. He is willing to do the work he needs to do to get better. He has a lot of determination and will power.”

For about 20 years now, McElvy has worked with people who are learning to walk again after being injured in an accident or having had a stroke. Much of the task is psychological.

“You have to motivate them,” he said. “You have to get them to do things they thought they couldn’t. James is making progress very fast.”

It was thought for a time that James might never walk again that he’d be confined to a wheelchair for the rest of this life. The outlook is much brighter than that now. He’s able to get around on a walker and is learning to stand without one.

“I think James wants to pass that wheelchair on to someone else and to be done with that walker, too,” McElvy said.

“James has come a long way,” Myers said. “Joe has been working with him for several weeks now, and the physical therapy team at EAMC-Lanier is great. They are top notch, and I would recommend them to anyone.”

McElvy said his daughter Erin has worked with James at the hospital.

“To them he’s a celebrity,” he said. “They love working with him.”

With the aid of a walker, James has gotten very good at standing up.” We’re now working on his balance,” McElvy said. “We are pushing him to do 15 squats five times a day. You have no choice but to get better if you do that. I m more than a cheerleader than anything else. I’d rather give God the glory.”

In most years Myers is asked to speak at local churches this time of year about the many Christmas miracles she has seen in her three decades with the Christian Service Center.

“It’s different this year,” she said. “We have our own Christmas miracle to talk about. We’ve had so much to overcome. There was a time when both James and I couldn’t walk. My back is about 75 percent better now. I can get around now. Our Christmas miracle is the progress James has made and the way so many people have pitched in to help us. We have experienced a true Christmas miracle this year. Joe and the therapists at the hospital are so helpful. They show us things we can do to help James.”

James has been homebound for some time, but is now able to get out some.

“We took him to Walmart for some Christmas shopping this week,” Myers said. “It was the first time he’d been there since June. We think things are going to be much better next year. One big disappointment for us this year was that we missed out on a trip to Gatlinburg. The boys were looking forward to that.”

“We have had an amazing experience this year,” she added. “God is always one step ahead of us. Not long before James got sick we had a wheelchair ramp built on the front of our house. At that time, we didn’t expect to use it any time soon. It’s a good thing we did that, but there must have been a higher power behind it.”