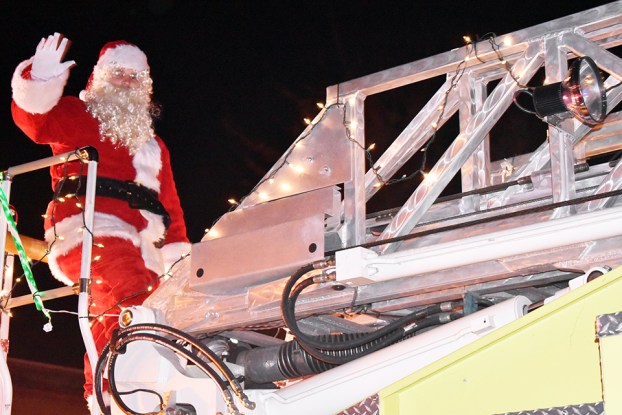 LANETT — Local fire departments will play escort to an important celebration on Dec. 24 through Valley, Lanett and West Point neighborhoods.

Starting at about 1 p.m., the East Alabama Fire Department will assist Santa Claus as he makes his rounds through the Greater Valley Area.

East Alabama Fire Department Assistant Chief Kerry Pickard said driving Santa around the neighborhoods has a longstanding tradition behind it, but this is the first year the fire departments have coordinated together on one event.

East Alabama will kick things off at Givorns Foods in Valley and will drive up and down as many streets as it can. Pickard said the fire truck would have its sirens and lights going.

“We felt that is the best way to let the communities be involved and all be on the same page,” Pickard said.

East Alabama will travel north from Givorns until they cross Interstate 85 at exit 79, where the man in the red suit will jump from one fire truck to the other.

Lanett Fire Chief Johnny Allen said Lanett Fire and EMS would take over the driving duties at about 5:30 p.m.

“We put Santa Claus on the fire truck and go up and down the streets of Lanett,” he said. “People in Lanett have started to plan their family gatherings around this thing.”

He said this tradition goes back at least through his 12 years back at the Lanett Fire Department.

“We try to make it fun for kids and adults,” Allen said. “We have just as many adults come out as we do kids.”

Pickard also advised residents to be prepared for loud sirens and bright lights on their streets during the afternoon and early evening hours.

“Please do not call 911 until you have an actual emergency,” he said. “If you hear the sirens and lights, it’s more than likely just Santa coming to town.”

LANETT — In their final regular meeting of the year Monday, the Lanett City Council awarded a contract for extending... read more