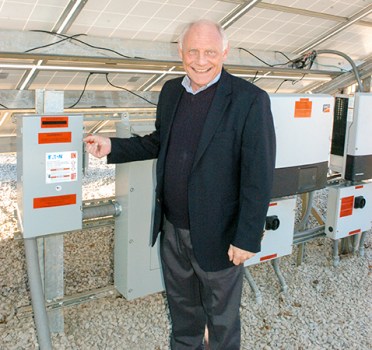 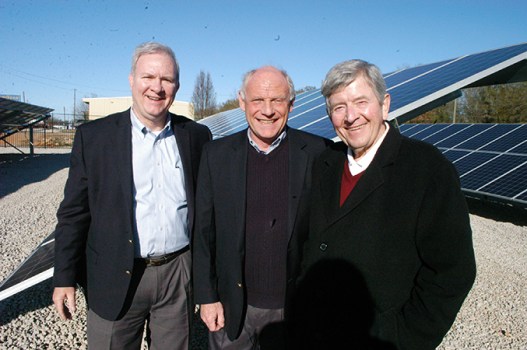 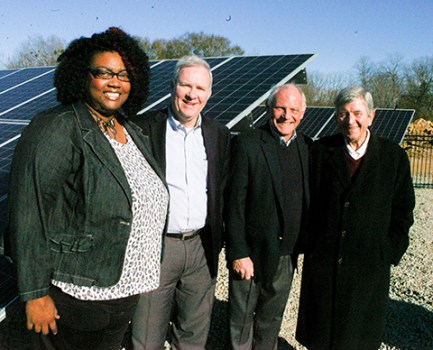 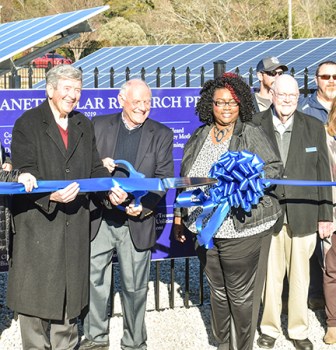 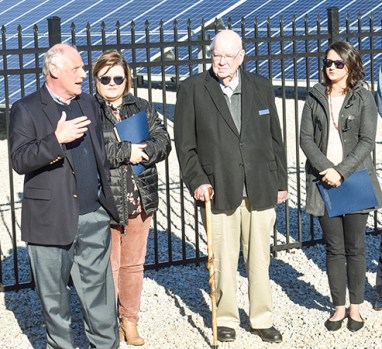 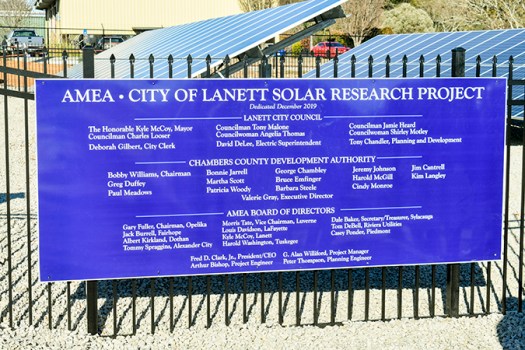 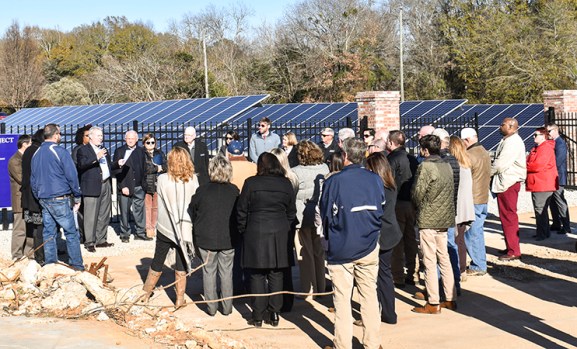 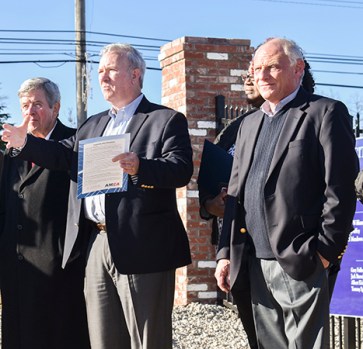 LANETT — With the flip of a handle Wednesday afternoon, the AMEA/City of Lanett Solar Research Project became tied in with the city’s power distribution system. What that means is that every Lanett utility customer will be receiving a portion of their electricity from the new solar panel site off Highway 29.

Mayor Kyle McCoy, who had the honor of turning the red handle, said it was a big day for the city and a step in the right direction for the future. He thanked AMEA officials present for the dedication ceremony for the $85,000 investment they have made in the city and for partnering with the city on the purchase of the Lanett Mill/Bleachery & Dye Works site in May 2018.

“At the time we thought it would take some time to have any development on the site,” he said. “It has happened a lot faster than we thought. We have this site up and running on this end, and on Saturday Tractor Supply will open on the south end.”

McCoy said the solar panels are great for Lanett.

“Just across the state line we have something that shows everyone we are in the 21st century,” he said. “It’s appropriate that it’s on this site. The mills were once the lifeblood for the town. On that same spot, we are making Lanett a better town.”

About a year-and-a-half ago, AMEA partnered with the city and the CCDA in the purchase of the 27-acre Lanett Mill/Bleachery & Dye Works site.

“When developers visit your town,” AMEA president & CEO Fred Clark said. “They will see that you have both community pride and innovation. They will see a community that’s looking to the future. I think there will be a new commercial center here with lots of new businesses. Lanett has done a great job here in a short period of time.”

The test site in Lanett is the ninth one in service. The final two will be going up in Piedmont and Fairhope. The new Lanett test site joins other AMEA rows of solar panels in LaFayette, Opelika, Alexander City, Tuskegee, Sylacauga, Luverne, Dothan and Foley.

Clark said he especially liked the site being surrounded by some brick columns connecting a wrought iron gate. The brick is recycled from local mills that have been torn down.

The one-acre site contains 160 solar panels in four rows facing west. It has an output of an estimated 50 kilowatts.

Formed in 1981, the Alabama Municipal Electric Authority (AMEA), is the wholesale power provider for 11 public power utilities serving an estimated 350,000 customers in Alabama.