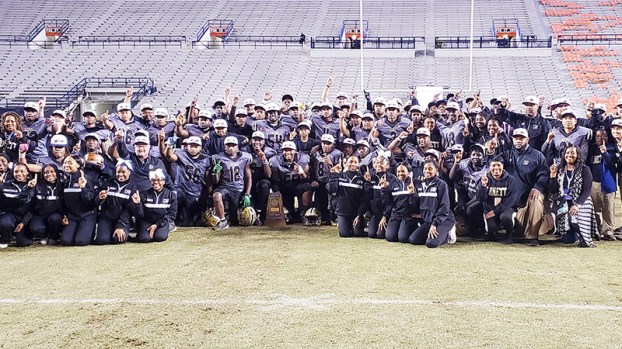 On Dec. 5, the Lanett Panthers finished off their second undefeated season in three years, lifting the 1A State Championship trophy at Jordan-Hare Stadium.

To commemorate that feat, Lanett Football Coach Clifford Story wants to give his players championship rings.

“I’m just trying to have it where the kids don’t have to pay a single dime, and I don’t have to worry about asking the parents to help pay for their kid’s ring,” Story said. “[The players] work extremely hard. They put in the commitment and the dedication that it took to win a state championship. I want to be able to reward them for their hard work by putting something on their finger that they’ll remember for the rest of their lives.”

In 2017, the Panthers were able to afford rings because of the community’s involvement.

“We have a great city,” Story said. “I know our mayor and a lot of other people in the city are going to do whatever they can to help support this cause.”

“I just wanted to reach out to as many people that want to contribute as possible,” Story said.

The donation will be tax-deductible.

Once school starts up in January, the players will get their sizes, and Story will send away the order. It will take eight to 10 weeks for the rings to arrive.

Donations can be made by business check, money orders, cash or online payments.

EDITORS NOTE: This is the fourth of a four-part series looking back at the year 2019 in Chambers County and... read more