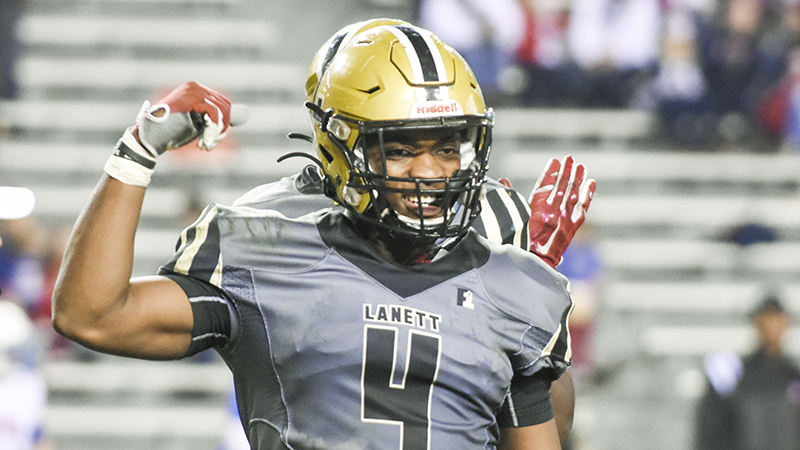 Lanett quarterback Kristian Story has a chance to be the first player from Chambers County to be named Mr. Football.-- File Photo

For the second-consecutive year, Lanett quarterback Kristian Story will have a chance to win Mr. Football.

The Alabama signee was one of the 48 players listed as a finalist.

“Coming off the year he had and all the all the accolades he has received, we felt that he was going to be given an opportunity to go and represent Lanett again,” Lanett head football coach and Kristian’s father Clifford Story said. “We’re just hoping a lot of things will come out in his favor this year.”

“That’s the ultimate goal [winning Mr. Football],” Story said. “That’s the Heisman Trophy of high school football. I think he’s really excited, and he feels like he has a good chance to do it. He’s prepared mentally. If it doesn’t happen, we’ll move on, and if it does happen, we’ll be elated and grateful.”

The award will be announced on Jan. 15 at the Renaissance in Montgomery.