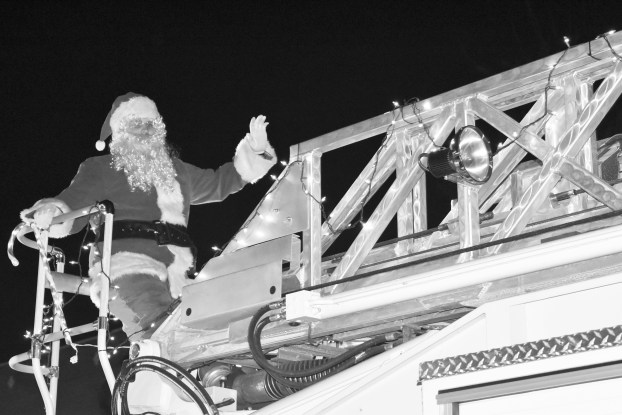 OUR VIEW: Santa Claus is coming to town

The annual Valleywide Christmas Parade is Thursday beginning at 6 p.m., following its familiar route. Starting in the Bluffton Funeral Home parking lot and winding its way to Highway 29, the parade will march through Lanett and Valley, concluding at Walmart.

This year’s grand marshal will be Shelvie Givorns, owner of the Valley’s only family-owned grocery store. Givorns Foods has locations on East 10th Street in West Point and Fairfax Bypass in Valley. The first Givorns location was on Highway 50 in Lanett and opened more than 50 years ago. Givorns today employs more than 100 people in its two stores. Given the history and decades of service to the Valley area, we could not think of a better person to lead this year’s parade.

The parade is not only a Valleywide tradition but a tradition for many local families. Those who watched or took part in the parade decades ago as children are now parents themselves, and they’ll be there this year watching with their children as they pass by on a float or as a member of a school band. For those with small children, nothing beats the gleam that will overtake them when they see Santa come by riding by.

At the time of this writing there is a 50 percent chance of rain, but let’s hope the rain holds off. In the event it does rain, there is a rain date set for Saturday at 10 a.m.

Regardless of the weather, this is an annual tradition that should be enjoyed by all, and we hope the turnout far exceeds the expectations. If you are not already in the Christmas spirit, this is sure to get you there.

OUR VIEW: Lanett deserves its own parade

The Lanett Panthers varsity football team had a fantastic season that is worth individual recognition. Not only did the team... read more