Part 1: Looking back at the top stories from the previous year 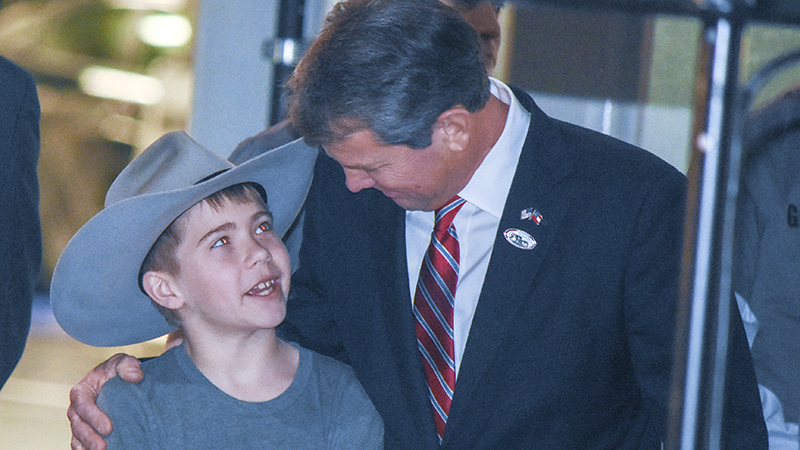 EDITORS NOTE: This is the first of a four-part series looking back at the year 2019 in Chambers and Troup Counties.

School board members sworn in

The Troup County School Board welcomed new members in January. Newcomers Rebecca Grubbs and Tanya Jones-Cameron were sworn in by Probate Judge Debbie Wade. Allen Simpson was also sworn in.

Patrick Shannon Templeton, 50, was charged with murder after allegedly shooting 29-year-old Justin Anthony Meadows in January. Templeton was charged with murder for the shooting, which occurred at about 1:40 a.m. at 1046 County Road 495, near Birditt’s Mobile Home and RV Park. According to police, Meadows had driven into Templeton’s yard and his vehicle got stuck in the mud.  After confronting Meadows, Templeton went back inside his house and grabbed a .22 caliber rifle and began shooting at Meadows. Meadows did not have a weapon, according to police. Templeton has been indicted in the case.

24/7 Wall Street, a financial news and opinion company in Delaware, rated Valley as the best city to live in the state of Alabama. The website used a weighted index of 26 measures to identify the best place to live in each state.

A deceased newborn was found in a cooler on Boy Scout Road on Jan. 6. Witnesses told police that the cooler had been on the side of the road, near the wood line for several days. The child was a full-term, white female and showed no obvious signs of trauma or injury.  The case is still an open investigation.

Crane out as chamber director

The Greater Valley Area Chamber of Commerce Board of Directors announced in January that Ashley Crane would no longer be serving as the chamber’s Executive Director. The decision was called a “personnel matter” and did not go into detail.

David Anthony Pike, 56, who was wanted for a 1985 murder in Chambers County, was arrested in Puerto Rico after false statements on a passport. Pike was wanted for allegedly killing Calvin Lee Irvin on June 21, 1985. The news of Pike’s arrest evoked waves of emotion through Irvin’s family. Crystal Douglas, Irvin’s niece, said the feeling was “unreal” after hearing the news of Pike’s arrest. “It is something that we had all but given up hope on ever seeing him arrested,” she said. “That call, and to see him in handcuffs was the greatest feeling.”

Busby resigns from school board

Chris Busby, who represented district 2 on the Chambers County Board of Education, resigned his position in January because his family moved outside of district 2.

Malenko Cooley, 18, was found dead from a gunshot wound on Spring Street on Jan. 22. Cooley had been reported missing from Valley. Marquaveos Deshun Harris, 19, was arrested a few days later for murder, aggravated assault, armed robbery and concealing the death of another person. Police later determined that Cooley was killed during an armed robbery in Newnan but was driven to LaGrange.

Kia Motors Manufacturing Georgia puts West Point in the national spotlight with a Super Bowl 53 commercial on Feb. 6. The car manufacturer also announced the 2020 Telluride with the tag line “Give It Everything.”

Fletcher Lewayne Tolbert, 35, of Valley, was shot to death outside of his Lee County mobile home park in Valley on U.S. 29. The Lee County Sheriff’s Office said at the time the wounds were not believed to be self-inflicted. As of Thursday, the Valley Times-News isn’t aware of any arrests or updates in this case.

Al Parker told the Valley Times-News he would close the store after 55 years. The store closed for good on Feb. 10, and he announced he sold the store to Renfroe’s Market. After a couple of weeks of remodeling, the store reopened.

Kia Motors Manufacturing Georgia shows off its newest vehicle — the 2020 Telluride at a special celebration at its West Point plant. The Telluride jointed the Sorento and Optima as the vehicles produced in West Point.

Brian Shumate was named the superintendent of Troup County Schools. He came to Troup County from the Medford School District in Medford, Oregon.

A body pulled from a creek in Lanett, Alabama was later identified as 41-year-old Jeremy Fetner. Aaron Blake Creed and Donald Freeman Kee Jr. of Hogansville were arrested in the case, but charges were dropped after the district attorney’s office couldn’t determine beyond a reasonable doubt that the defendants committed the crime in Troup County.

50 years in business and counting

King Auto Corner celebrated five decades in business in February. Hennon King opened King Auto on Feb. 1, 1969 and the business had developed over the years.

The Greater Valley Area came together to help neighboring Lee County after it was ravaged by a tornado in early March. More than 20 people died in the storm. Chambers County filled up 53 foot semi-tractor trailers with items meant to help the victims.

Zion Areontez Lynch, 18, was arrested for his alleged connection in shooting a 15-year-old female in the 1400 block of East 12th Street in West Point. Four to six shots were fired into a large crowd of people on a basketball court.

President Donald Trump visited Beauregard to assess the storm damage from tornadoes that killed 23 people. Trump spent considerable time in front of each of the 23 crosses beside the roadway, each cross recognizing a victim of the storm.

In Young Lee, 34, of LaGrange, was killed in an accident at PowerTech America in West Point n Saturday.

A bill for a 10-cent gasoline tax was signed by Gov. Kay Ivey in March. Chambers County Representatives Bob Fincher, R- Wedowee, who represents the 37th District and Debbie Wood, R-Valley, resenting the 38th District were on different sides of the aisle on the bill. Wood voted for the bill on Monday, saying that in 2017 Alabama generated $35 million less in motor fuel tax dollars than it did in 2012.

Fincher voted against the bill. He said several issues within the language kept him from being able to vote yes.

Jim Clark was sworn onto the Valley City Council in March. Paul Story had given up the seat before being sworn into his position as probate judge. Story, in his new position, then swore Clark into the seat.