Patricia Slade revered as dedicated, fun-loving educator for 40-plus years 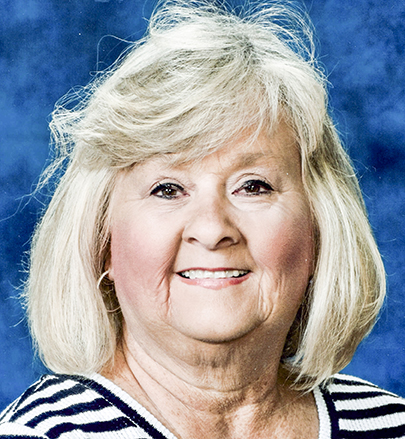 LANETT — Patricia Slade is remembered as a dedicated educator and a caring friend by those who knew her.

Patricia Slade, who is also affectionally known as Patti, worked as an educator at Springwood School for 35 years and spent 40 years as an educator.

“She was classically trained and exactly what you are looking for as a teacher,” Springwood School Headmaster Lawrie McCown said. “She gave her kids everything they needed.”

Slade was a second-grade teacher at Springwood and was known for being a bright spot for not only the children but for her co-workers. Co-workers said she was always there for anything needed or just for a hug and a piece of candy.

“I don’t know how much she spent on candy, but everybody that visited Mrs. Slade’s classroom always left with a piece of candy,” said Alane Duncan, who is currently the short-term substitute for Slade’s class. “She always had a steady flow of former students stopping by her classroom.”

In the classroom, Duncan said Slade was second to nobody.

“She would take a student no matter where they were academically and take them to the highest academic achievement possible,” she said. “Those students stretched their ability, and they did more than they ever thought they could.”

Duncan said Slade called herself an old-school teacher. That meant students will follow the rules in the classroom, but they will also have a good time and learn.

Pam Lyons, a third-grade teacher at Springwood, said her and Slade taught side-by-side for 25 years. She said Slade was a great teacher but also had high expectations of her students, which were usually met.

“She would teach to the top of the class, and if you were a weaker student, she would help pull you up,” Lyons said. “She pushed the students to do their best, and she had high expectations, but her students would usually rise to those expectations.”

Lyons said Slade would spend many late afternoons at the school preparing for the next class, and if she missed time at Springwood, it was because something was seriously wrong.

“She will be remembered as one of the students’ favorite teachers, and for all of the extra things she would do for her students,” Lyons said.

Slade was selected as the Alabama Independent School Association Elementary Teacher of the Year this past summer at the AISA Student Government Association’s State Convention in Montgomery.

Lyons said Slade asked her to pen a letter as a recommendation.

“Patti has a delightful relationship with people of all ages, especially children,” Lyons’ letter said. “Her students adore her and are eager to learn from her. She had been blessed with a gift of being able to connect with and teach students.”

Also, in the letter to the AISA, Lyons said Slade is a credit to the teaching profession and an asset to Springwood School.

In a news release by the school in May when Slade won the award, former Head of School Rick Johnson said all respected Slade at Springwood.

“As students enter her classroom each day, Mrs. Slade is very prepared for instruction. The most notable characteristic I see is her consistent enthusiasm for teaching,” Johnson said in the news release. “Smiling and speaking with a tone of excitement, she makes her classroom come to life each day. She is patient and welcoming. Her students respond in a very positive way to her leadership.”

Jennifer Jones, who is a kindergarten through fifth-grade teacher at Springwood, said she worked with Slade throughout the whole time she was at Springwood.

“As a friend, I could count on her to do whatever was needed,” she said. “We just had a connection.”

Jones said Slade was a sincere friend and one that a person could tell she genuinely cared about her friends’ lives.

“She was just honest,” she said. “She always cared about you as a person.”

Outside of the classroom, Slade is survived by her husband, William Slade of West Point. The couple was married for 44 years. She is also survived by two children, Amy Smith and William Slade.

She graduated from LaGrange College with a master’s degree in elementary education in 1976 and was a lifelong member of West Point United Methodist Church.

The family has asked that in place of flowers to make contributes to Springwood School or West Point First United Methodist.

“She leaves a huge legacy and a giant impact on children behind her,” McCown said as final thoughts about Slade. “She is the consummate educator and perfectly wired for the elementary school level. She left an impact on so many children throughout generations and generations of families.”

Duncan said she will always remember the twinkle in Slade’s eye when she would talk about her students and classroom.

“She is going to leave a huge hole at Springwood School,” she said.