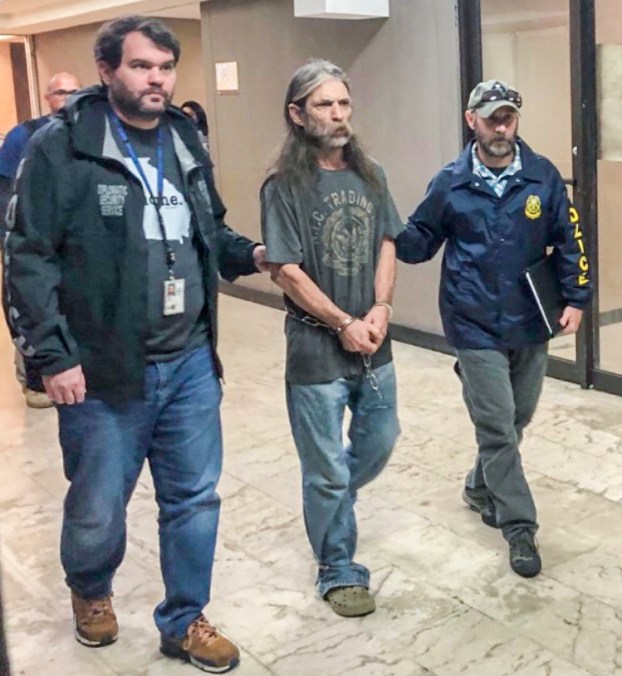 PUERTO RICO — A man wanted in Chambers County for a 1985 murder was sentenced on federal charges Friday in the U.S. District Court of the District of Puerto Rico.

According to court documents, David Anthony Pike, 57, was sentenced to two years in a Florida prison for aggravated identity theft. The sentence was handed down by U.S. District Judge Gustavo Gelpi.

Sentencing documents say Pike will receive medical evaluation and treatment at the prison and will be on supervised release for one year.

Pike was initially charged with false statement of the application of a passport, mail fraud, misuse of a social security number, aggravated identity theft and making a false statement or representation to a department or agency of the U.S.

According to court documents, Pike’s plea deal drops all charges except for the aggravated identity theft.

In January, Pike was arrested in Puerto Rico after a criminal complaint was filed in San Juan, Puerto Rico against an individual claiming to be Stephen Williams Varner, which was an alias used by Pike.

The complaint stemmed from inconsistencies on the U.S. Passport renewal form, which revealed a death record for Varner, who died at 22 years old in Alabama. Several agencies learned of Pike’s true identity and discovered he was a wanted fugitive on capital murder charges in Chambers County for the 1985 murder Calvin Lee Irvin.

In July, Pike informed the court of his intention to plead guilty to the federal charges.

On June 22, 1985, the body of a white male was discovered on Chambers County Road 84 just outside of LaFayette. The Chambers County Sheriff’s Office responded and learned it was Calvin Irvin who had been shot.

According to previous reporting by The Valley Times-News, investigators developed Pike and King Albert Mayes as suspects and murder arrest warrants were obtained. After the two men were arrested, Pike made bond, but before being indicted, he fled the area.

Mayes pled guilty and served out a term in prison.

The Chambers County Sheriff’s Office had been searching for Pike for the past 34 years until he was arrested in January under the operation dubbed “Sweet Home Alabama.”

Chambers County Sheriff Sid Lockhart said the extradition process on getting Pike back to Chambers County depends on how much time he has to serve in prison. Pike is getting credit for time-served, according to court documents meaning he has spent about 11 months in custody.

Lockhart said when his time is complete for the federal charges, Pike has the option to sign a document to waive extradition and come back to Chambers County on his own. Otherwise, the Chambers County District Attorney’s Office will have to submit a wavier through the Alabama Governor’s office to get him back to the area.

Lockhart said he’s hopeful Pike will just come back to the area without much trouble to stand trial for the 1985 murder but there’s not much they can do until he serves his time in federal prison.

“The day that we got word he was arrested was one of the best days of my career,” Lockhart said. “Now, he’s behind bars and hopefully we can let the U.S. criminal justice system do its part.”

Although the prosecution of the case falls on the shoulders of the district attorney’s office, the sheriff is waiting for the chance to look Pike in the eye.

“I can’t wait for the day that I can look at him face to face,” Lockhart said.

LANETT — A sixth-grade teacher at Springwood School has earned a grant to start a campus garden, according to a... read more