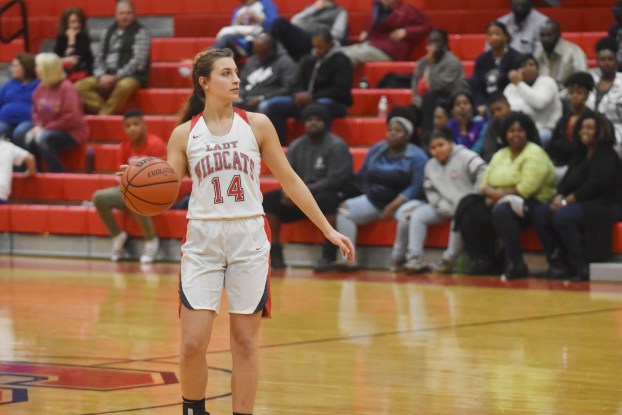 “I think we’re figuring out how to play defense and how to be aggressive,” Springwood coach Lisa Sampson said. “Our defense should make easy offense for us against a pretty scrappy Macon-East team tonight.”

The full-court press was a big factor in the win, as the Wildcats constantly forced turnovers and scored on easy layups.

“It’s really an easy transition,” Sampson said. “We try to get you into the corners and trap the corners. We want to see our players flying around, nobody standing still, and they did that tonight.”

The Wildcats took an early first quarter lead and never looked back, as they lead by 18 entering the halftime break.

Seniors McKayla Barber and Andie Martin were big in the win for the Wildcats. The two combined for 20 points (Martin finished with 12, while Barber scored eight) and were on the floor most of the game, running the offense and making sure the press worked as planned.

“It starts with them, their leadership, and how they go about playing the game,” Sampson said.

“She just has so much talent,” Sampson said. “As a sixth-grader, to play varsity, you have to have the right mindset, and those seniors really help her. She’s going to be a special player.”

In the blowout, Sampson was able to play different groups of players that didn’t get a shot to produce, mainly the post players and some junior varsity girls.

“Courtney was a big key for us tonight.

Some JV girls got some time tonight, which always helps to build a program,” Sampson said.

The Wildcats will be back in action on Tuesday, Dec. 10 as they host LaFayette Christian.

Springwood boys’ varsity holds on despite late rally by Macon-East

Lanett– With only five seconds left on the clock, Springwood’s varsity boys team (4-2) had a chance to seal Tuesday’s... read more