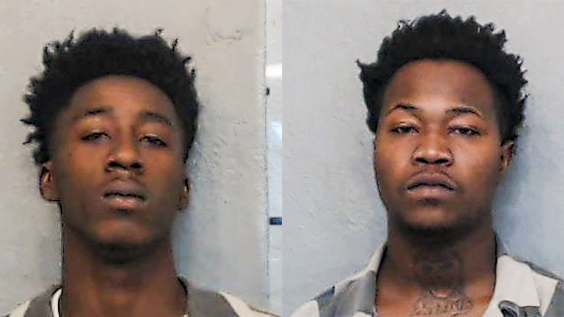 LANETT — Two Valley men have been arrested in connection with a home invasion occurring Dec. 11 in Lanett, according to the Lanett Police Department.

Quadarious Thomas, 22 and Antavious Sharpe, 22, were arrested Wednesday on outstanding warrants alleging their involvement in the home invasion on East 20th Street in Lanett. The two men were charged with two counts of first-degree robbery, one count of attempted murder and count of first-degree burglary.

According to prior police reports, at about 1:30 p.m. Dec. 11, police responded to a residence on East 20th Street in the Plant City Community due to a shooting.

On Dec. 12, Lanett Patrol Commander Richard Casner said there was an exchange of gunfire, resulting in two men being shot. Police say the resident of the home was shot in the leg and then returned fire, hitting the suspect in the chest.

At the time of the incident, both suspects were taken to the hospital but have since been released.

The reason for the home invasion is still unclear as of Thursday.

By Alicia B. Hill Times-News The Troup County Board of Commissioners took time during its final meeting of the year... read more