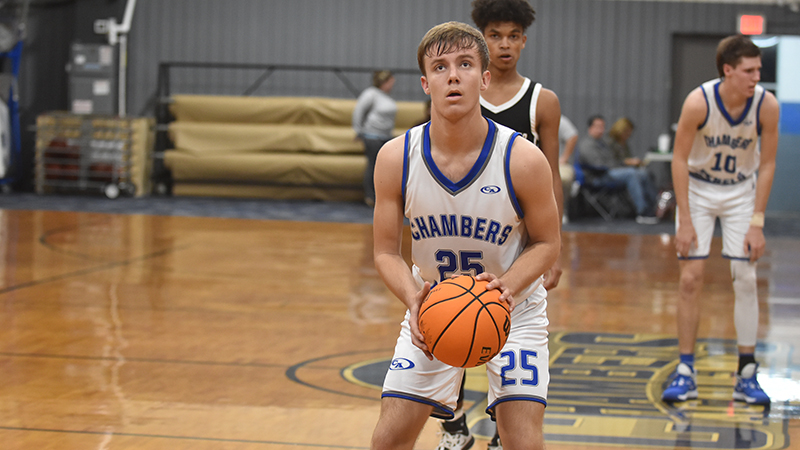 Since its football team played in the state championship game, it took some time for the Chambers Academy boys basketball team to get into the flow of their season.

In their first five games, the Rebels went 4-1, emphasizing the start of the season was going to be used as practice and learning opportunities.

Since that time, Chambers is 5-0, which included a win against rival Springwood and a win against Lowndes Academy. Both were in the Chambers Academy Cystic Fibrosis Challenge.

“For us, the focus is on the defensive end,” head coach Jason Allen said. “You never know what kind of shooting night you’re gonna have, but, you can play defense and get after it and rebound.”

The Warriors are one of the toughest teams to play in AISA, as they sit 13-3 this season.

One of the reasons they are so tough is because of their ball movement. Their primary offense consists of a lot of back-door screens and cuts, making it tough to keep up with their rotations.

Tuesday’s game will kick off a week where the Rebels face three opponents in four days.

“We’re probably in catch up mode and that’s kind of by design because we played football with thanksgiving,” Allen said. “Optimally, I’d like to play two a week and have two days prep for each game.”