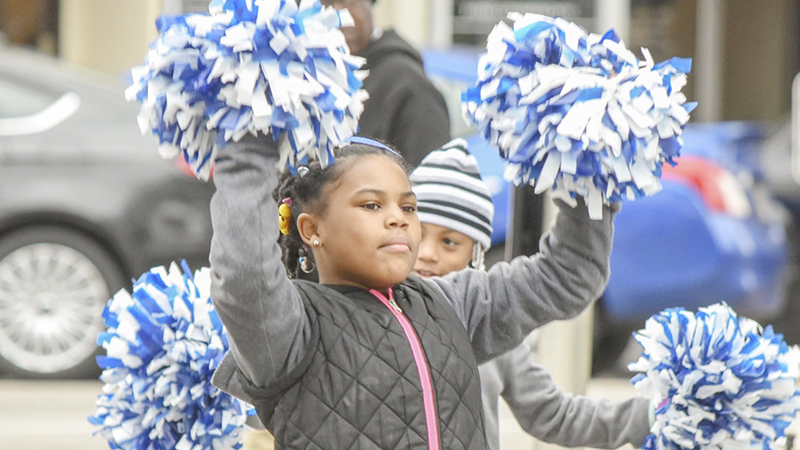 The theme for this year’s parade is “And the dream marches on,” which ZPB member and parade chairperson Yvonne Pittman said just came to her.

“It just hit me,” Pittman said. “We are still marching to that dream to have it happen because it still hasn’t happened. It’s partially done. We are marching on to make Dr. Kings’ dream become true.”

The parade will begin at 1 p.m. at Granger Park and go toward downtown to the square with Leon Childs Jr leading the way as grand marshal.

“He has been mentoring children in the community for more than five years,” Pittman said. “He is a very outspoken with political views … and he would like to see children grow up, prosper and do good things.”

The parade has been held for more than 30 years, but this year Pittman said they hope to see a large turnout.

“We want to keep the dream alive,” Pittman said. “Everybody should come out and see the parade. Dr. King worked hard, and he lost his life fighting for people. He wanted equal opportunity for everybody. Everybody should be out there in full force watching the parade.”

Pittman said she wants to see the same turnout of the Christmas parade as the MLK one.

“We need more unity,” Pittman said. “LaGrange is divided. It’s 2020 and things should be more united. This isn’t just for the black community, this is for everybody.”