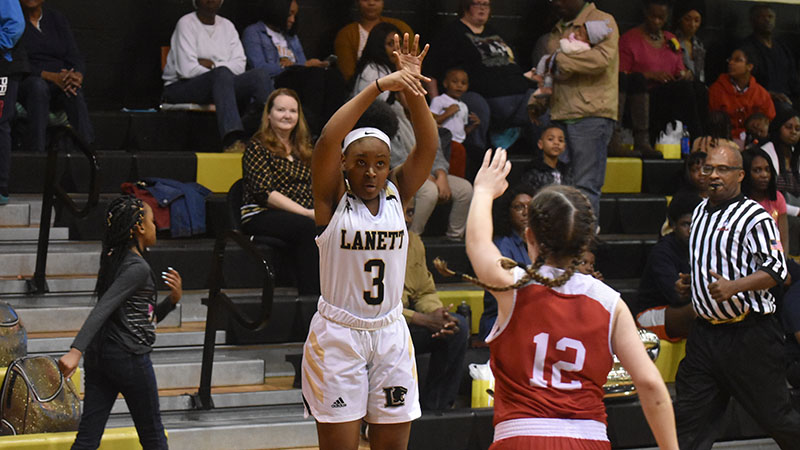 It didn’t take long for the Lanett girls basketball team to seal its fourth area win on Monday night, as it defeated Wadley 45-10.

The key to the win was the Panthers’ defense. They forced turnovers for almost the entire game, which allowed them to score on fast-break opportunities.

“They came out early with energy and went ahead and took care of business,” Lanett head coach Charlie Williams said.

The Panthers started the game fast, as they were able to build a 12-point lead by the end of the first quarter. They were able to get inside and score for most of the quarter.

The first quarter trend continued into the second, as the Panthers capitalized on the Bulldog turnovers. By halftime, the Panthers led 27-6

“We were letting our defense create our offense,” Williams said. “We shot the ball well tonight so that makes a difference.”

The third quarter was the closest quarter of the game, as the Panthers outscored the Bulldogs by just three points, but their lead was all but cemented at the end of the eight-minute quarter.

The Panthers were able to hold the Bulldogs scoreless the final eight minutes of regulation.

Overall, only six of the Bulldogs’ 10 points were scored from the floor.

The Panthers travel to Handley for their Tuesday contest.