Phillips steps up in freshman year 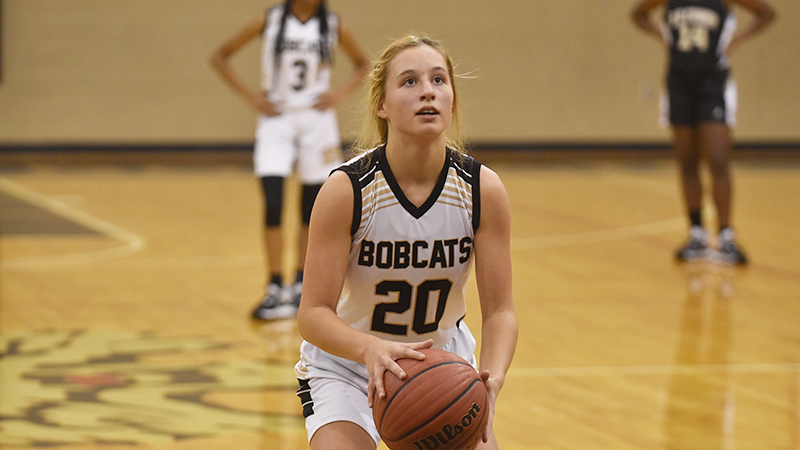 Beulah girls basketball head coach Sabrina Milligan knew that she had to replace the graduated Kensley Taylor for the Bobcats to be successful in the 2019-20 season.

She wasn’t too worried though since she had Brandy Phillips moving up to the varsity squad full-time.

“Savannah [Clements] and her were definitely going to be starting,” Milligan said. “I knew they would have to play some heavy minutes.”

In her freshman year, Phillips stepped up to be one of the most important players on the Bobcats roster. She lines up as the shooting guard most of the time, but in Milligan’s offense, she is a primary ball handler.

She is also a primary scorer for the Bobcats, as she constantly leads the team in scoring.

Most freshmen are 14 or 15-years-old, so playing on varsity could cause some trepidation, as they are playing against 17 and 18-year-olds, but that was never the case for Phillips. She’s been playing varsity since the area tournament her eighth-grade year.

One part of Phillips’s game that most other freshmen don’t necessarily have is a deep knowledge of the game. This is shown by her ability to do the simple fundamental play instead of going for the home run play that doesn’t usually work out.

“I feel like whenever we had to build up from the little skills and then as you learn one thing, another thing came and you just worked and worked,” Phillips said.

The Bobcats take on Dadeville on Thursday starting at 5:30 p.m. CT. If the Bobcats win, they will win the regular-season area championship.