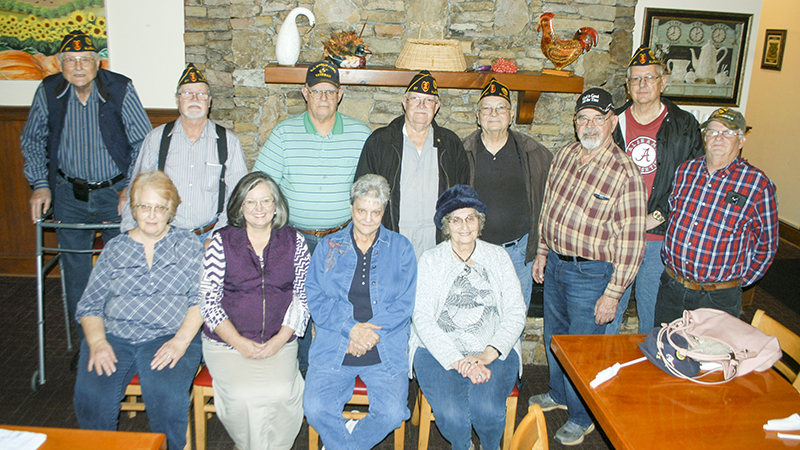 VALLEY — A donation by the Chambers County Education Retirees Association (CCERA) of care package items for U.S. soldiers has motivated the local chapter of the American Legion to begin a broader effort to get the public involved.

Members of Post 67 discussed this at Tuesday’s first meeting of 2020.

Post Commander Lanny Bledsoe thanked the CCERA on having done this through Mack Lett, who’s a member of both organizations.

All that’s needed to do this is the name of a soldier and his or her present address in the military.

Bledsoe said there’s a pressing need to do this given the growing tensions in the Middle East, where thousands of U.S. service members are based.

“I know of a young man from this area who is with the 82nd Airborne Division at Fort Bragg,” he said. “He was at home on leave when he was called back to duty for deployment to Kuwait. They couldn’t schedule an immediate air flight, and his dad had to drive him back to the base. It was one of those situations where you have to drop everything you are doing and report for duty immediately.”

Bledsoe said people in the military have told him that care packages from back home are very much appreciated by the soldiers who receive them.

“We’ve sent them to local soldiers who have served in Afghanistan,” he said. “We got word back that they really appreciated the baby wipes we sent them. They were in a desert area without much water. There was only enough for drinking purposes, and not enough for bathing. They might go weeks at a time without taking a bath under those conditions. The baby wipes helped them stay clean.”

Most care packages sent to U.S. soldiers include such items as coffee, cookies, beef jerky, Gatorade, personal care items such as deodorant, shampoo and soap.

Ziplock bags may be included, too, since some soldiers like to divide up the items and give some to their comrades in arms.

“I think we need to expand on this,” Bledsoe said. “Donations from the public would really help. The care boxes the post office will mail costs $18.50. I think it’s a good idea for people to sponsor a box. We could have a special day on a Saturday when we could be at Veteran’s Park accepting donations. This is something we can think about over the next few weeks. We will decide what to do at our meeting in February. We want our soldiers to know we support them and are thinking about them when they are overseas.”

Bledsoe said what’s needed right now are the names and addresses of local men and women fwho are in military service.

Bledsoe said he would never forget that when he was serving with the U.S. Marines in the 1950s his mother would send him boxes of fudge.

“I never got to eat all of it,” he said. “I shared it with my fellow Marines. They always liked it when they saw I had gotten a box from back home.”

Bledsoe said he’ll have more details after the February meeting.

“People can make donations to members of our Auxiliary as well. We appreciate their support,” he said.