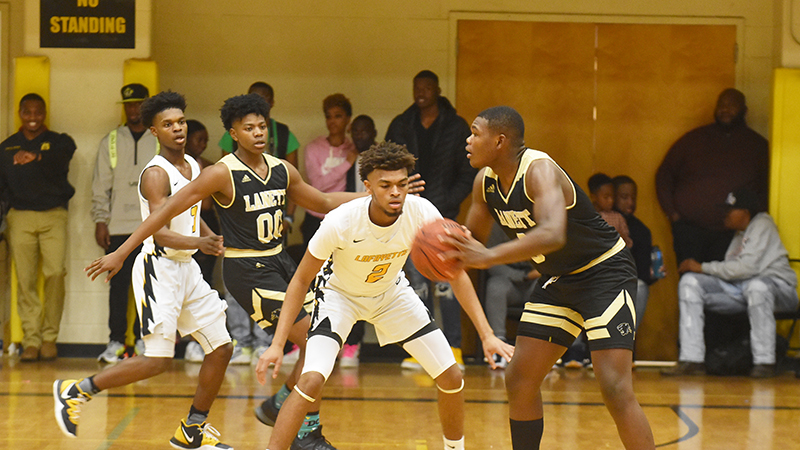 Rivalries are built on two characteristics: success and distance. The better both teams are, the more people pay attention to the game. If both teams are close in distance, both areas are on high alert because they know the other community. They’ve worked with them, seen them at church or even are related.

The Lanett-LaFayette rivalry has both of these characteristics.

In the first matchup just two weeks earlier, the Bulldogs pulled out an 11-point win at home. Senior Tae Burton scored 35 points in the win. The undefeated Bulldogs played uncharacteristically as they missed free throws and had a decent amount of turnovers.

“We just have to play better,” LaFayette head coach Obadiah Threadgill said. “I may try and dial up a few more schemes, but for the most part, if we make our free throws and get better positioning on defense, I think we’ll be fine.”

The rivalry has been pretty important for both teams for a couple of reasons.

The first is both teams have been incredibly successful in the last six years. The Bulldogs won the 2A State Championship in 2015, while the Panthers won the same championship the next two years.

In two of those three championship years, the rivals had to square off, with the Panthers winning both matchups.

The second is bragging rights.

The Panthers have dominated the series since the 2014-15 season, leading 11-6 in the six years. It includes two season sweeps.

Bragging rights go a lot farther than just two rivals, as a couple of players are actually related. For example, Burton and Lanett guards Quae Houston and Kristian Story are first cousins.

“It feels great getting to play against your family because they bring out the best in you,” Burton said. “We’ll be able to talk to them about it when we’re older.”

If the Bulldogs can pull off the win on Friday, it would be the first time the Bulldogs have swept the Panthers since Threadgill took the program over.

“It would mean a lot [to sweep Lanett],” senior point guard Corey Boston said. “It would be super huge for the players, coaches and the community.”

For some of the players, this will be their 11th time playing in the game. This experience factor helps as the Panthers’ gym is much smaller than the Bulldogs. Two weeks ago, the LaFayette gym, was packed. There were so many people fans had to stand on the floor. One pair even brought foldout chairs. This means Friday’s game will feel like the fans are right on top of the court.

“It’s just another game because I’ve played it so many times,” Boston said. “The atmosphere won’t be anything different because I’ve seen it.”

For 16 of the players that will dress for the game on Friday, this is their last opportunity to play in the hardwood rivalry.

“I want to be able to say ‘my last time playing, we won, knowing that there won’t be another chance to beat them,” Story said. “That’ll be a bad feeling to lose.”