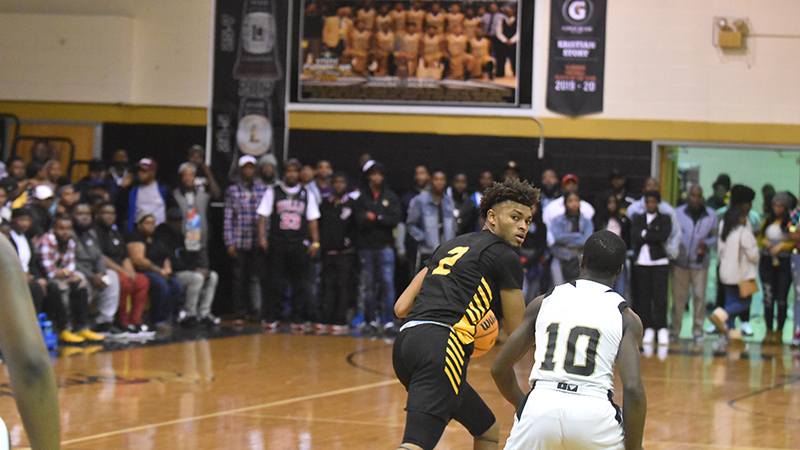 LaFayette senior Tae Burton finished with a team high 25 points in the Bulldogs' win on Monday.--Photo by Cody Estremera

With the long weekend, a pair of teams took advantage of the day off from school to play another game. Here are a couple of scores from the weekend.

With a blowout win against Lanett on Friday, the Bulldogs improved to 20-0, but Monday’s game against Tucker, LaFayette’s undefeated record looked like it might come to an end.

At halftime, the deficit was eight. The Bulldogs bounced back in the second half, as the combination of Antavious Woody and Tae Burton scored 15 of the team’s 22 in the third quarter.

LaFayette’s defense dominated the fourth quarter, as they allowed 10 points in the final eight minutes while scoring 17.

Burton led the team with 25 points, while Woody added 12. Corey Boston and Jordan Wallace both finished in double figures, scoring 11 and 10 respectively.

After struggling to score for most of the second half in Friday’s loss, the Panthers dominated their next two games, defeating Central and Westbrook Christian on Saturday and Monday.

In Saturday’s game, the Panthers blew out 7A Central, winning 75-56. They were led by Zameron Boozer and Kintavious Dozier, who scored 24 and 20 points respectively. Kristian Story added 14 points.

On Monday, Boozer and Dozier once again led the Panthers in their 78-49 win against Westbrook Christian. Boozer finished with a team-high 18 points, while Dozier added 15. Travanta Abner added 13 points.