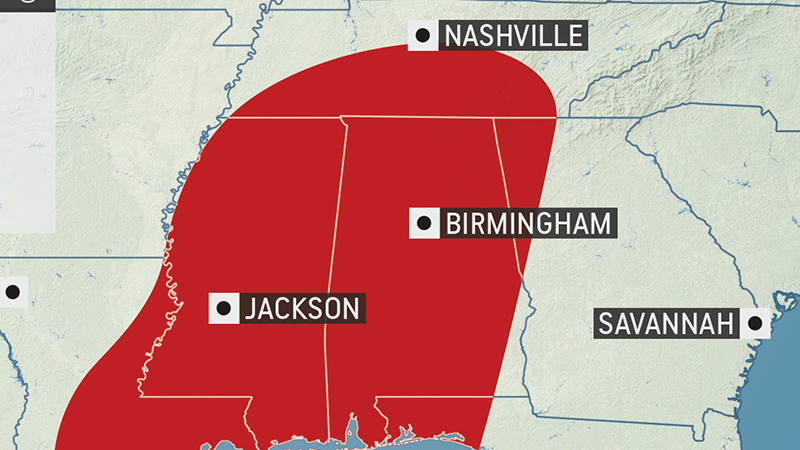 Severe storms are expected Saturday and tornadoes are possible. --Accuweather

Chambers County, and all of Central Alabama, are in an enhanced chance for severe weather Saturday, according to information from the National Weather Service in Birmingham.

According to NWS, the bad weather is supposed to hit the Chambers County area between 2 p.m. and 8 p.m. on Saturday. Winds are expected to be up to 70 miles per hour and tornadoes are possible.

The weather service also expects there to be high winds up to 40 miles per hour before Saturday’s storms.

The Storm Prediction Center estimated that 18 million people in Louisiana, Arkansas, Texas and Oklahoma were under an enhanced chance for severe storms going into Friday.

The Storm Prediction Center had Troup County under a slight risk for severe weather Thursday.

“Heavy rain will also be possible this weekend and will continue into next week, which will bring flooding concerns,” wrote the Peachtree City, Georgia National Weather Service on Facebook.

According to Accuweather, a total of 455 tornadoes touched down in the United States from 2010-2019, so even though January isn’t typically considered a severe weather month tornadoes can and do develop.