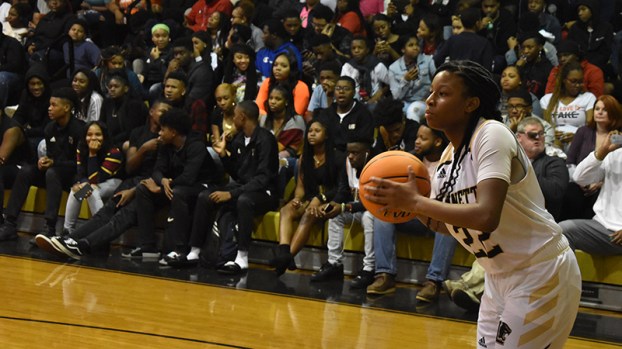 Several of his players played volleyball, while others are still cheerleading on the sidelines.

Both teams have played a grueling schedule to this point in the year, playing 14 games since Dec. 10. Only two of those games have been against 1A schools. The Panthers also had a plan to play seven games in eight days.

The Panthers went 2-4 in the span (one game was canceled because of weather).

The two wins were the last two games of the six-game stretch. The Panthers defeated Wadley by nearly 20 points and held off Valley, winning by five.

Now for the first time since the new year, Williams has a chance to rest his girls and practice.

“This is our reset week,” Williams said. “We need to press the reset button and go back and fix all the stuff that we’ve to get corrected.”

The Panthers have dealt with a couple of injuries to key players since the start of 2020. Freshman point guard Ameria Zeigler-Truitt hurt her ankle against LaFayette and has been healing while playing and cheering, while sophomore forward Brenna Glaze injured her ankle in Lanett’s win against Valley. Both are starters.

Zeigler-Truitt is also a cheerleader, so she’s still been jumping on her ankle while trying to recover.

“[The couple days off from playing games] is a chance for us to get healthy,” Williams said. “We’re going to get back in the weight room this week. We’re just going to take care of our bodies.”

Zeigler-Truitt has played in every game since injuring her ankle, and Glaze was able to come back and play for short stints against Valley.

The Panthers will play two games this week at home. The first is area opponent Notasulga.

Both teams are 1-1 in the area, with a blowout win against Wadley and a loss to Loachapoka. The Blue Devils lost by almost 20 at Loachapoka, while the Panthers fell by two.

With a win, the Panthers would be in a good spot in the area. They would be second in the standings and would host two of the remaining three area games they play.

“This is a huge game for us,” Williams said. “We have to stay one game behind Loachapoka, so when they come to play us, it’ll be for first place.”