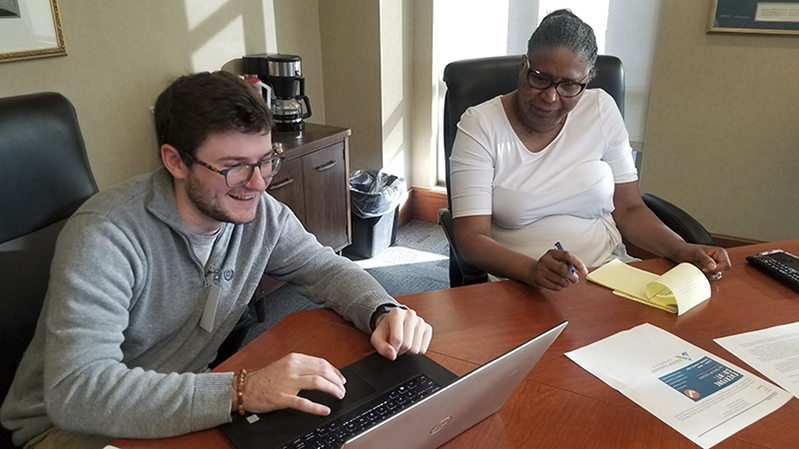 During the past three months, a group of locals from Troup County have been meeting to discuss a civic duty that comes every decade.

The Troup County Complete Count Committee has been meeting to plan ahead on how to specifically educate those residing in Troup County on the upcoming 2020 Census in March.

According to the coordinator and member of the group, representing the Troup County Commissioner’s Office, Valerie West, the census is imperative for helping fund opportunities in the community.

“It helps fund programs like CBDG grants, based on your population,” West said. “We get about $1,500 person that is counted. If we are missing, two to 3,000 people, that is a good bit of money.”

Census results help determine where federal funds are distributed for programs that are important in the school system as well.

“It helps the programs at the school, say for children who may need additional help,” West said. “The data helps fund those programs that do that. So, it’s a really important thing that we need to do in the community. We are doing our kids a real disservice if we don’t count them.”

According to a press release from the county, only 72 percent of the counties residents completed the last census.

“When the census numbers aren’t matching up with the people that actually live here, we miss out on important funding that impacts transportation, housing, schools, roads, and businesses. In addition, a correct counting of our residents help bring economic development to our area, which helps provide jobs to our local community,” West said.

The census will ask how many persons are living in the household and their ages.

“Age is important, because that leads to the programming part,” West said. “We [Troup County] could be more eligible for senior initiatives, like things that could help fund programs at the active life centers or more housing for senior citizens.

The county also said that some neighborhoods and demographics of Troup County have been historically difficult to count. That includes minorities, those in poverty, and individuals who use English as a second language. To prevent those with language or access barriers to be miscounted, the committee is working to enlist faith-based leaders, Troup County School System employees and the Troup-LaGrange library.

“During football games and on our social media accounts,” Yolanda Stephen, a committee member representative from Troup County School System said. “We are already sharing census information. We are actively involved because we have access to, and trust from, parent groups that are typically underrepresented.”

The census will be sent out to every residence in the area through the mail. Each home will receive a post card from the United States Census Bureau with an access code that will allow residence to log on and take the census. The code is numerated to be specific for each address.

West said some people are afraid to take it, because they are worried they will be penalized.

“Another important thing is to know that it doesn’t matter who lives in your household, because they’re not going to report that data to anyone,” West said. “It doesn’t matter how many people there is not going to get reported to anyone. it’s not going to be used against you by any government agency, whether it’s immigration or DHS, DFACS, FBI or CIA. Nobody has access to that information. It’s all confidential.”

The bureau will attempt to send three cards through the mail, and if a resident still does not fill out the census they will send a physical copy. If there is still no response, a census enumerator will go to the household.

“It is a civic duty,” West said. “Everybody that lives in the United States it supposed to be counted, as mandated in the Constitution. You know whether we work or don’t work, whether we’re legal or not legal, it’s everybody’s responsibility to fill that out.”

Community members can begin filling out census forms online or by mail in March 2020. They can find out more information online from the Census 2020 website.