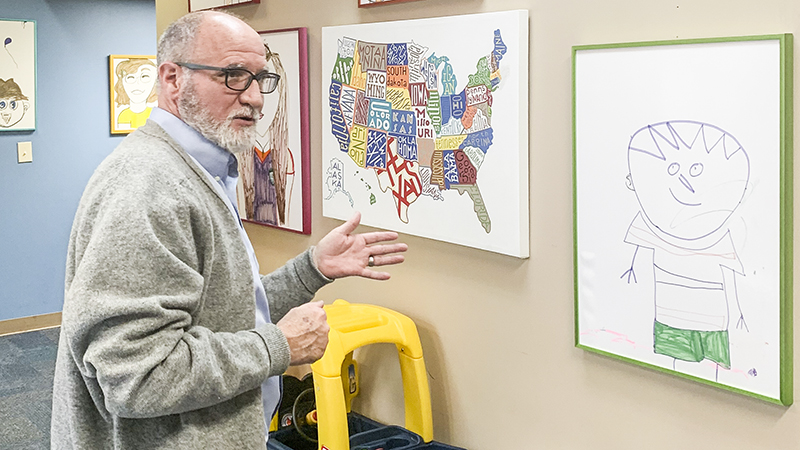 Twin Cedars Youth and Family Services has a goal to educate at least 10 percent of the adult population in Troup County to recognize the signs of child sexual abuse.

Harrell said Twin Cedars is encouraging all schools, churches, organizations or Troup County residents to get involved with its evident-based training to recognize better and responsibly respond to signs of child sexual abuse.

“We want to get enough momentum going so that when (somebody) goes and sees this training, they tell a few other people and they those people tell more people,” Harrell said. “Then, we start to get that knowledge throughout our adult population to know something is up here. All they need to do is be able to report it.”

He said more than half of the people trained in Troup County work with the Troup County School System. The other chunk of people participating in the training are churches. More specifically, one church.

“I want to give a big thank you to Faith Baptist Church for embracing this program and understanding its importance,” he said.

Harrell said anybody who volunteers and works with children in any capacity, they must complete the Stewards of Children training. He said Twin Cedars offers a facilitate version when the organization would go to an organization or the training can be held at its office for a group. He said the in-person option allows for a question-and-answer portion.

“This focuses on child sexual abuse,” Harrell said. “Probably the most compelling part of the training is I think they’ve got four or five individuals that are in a video in this training and different video segments that are former victims of abuse. So, they speak from a place that I can’t.”

He said one of the first things the video says that stuns a lot of people is 1 of 10 children are sexually abused before the age of 18.

“I think that takes some people off guard,” Harrell said.

He said he number of children being sexually abused by people who are not family or friends of the family had been significantly reduced.

“That leaves the tough part,” Harrell said. “Brother, uncle, step-father and father are at the top of the list. I’ve interviewed maybe 1,200 kids, and I can count on one hand the number who had been abused by somebody they did not know.”

He said this increases the severity of the trauma in the abused children.

“Because it’s not a bad guy that’s hurting you,” Harrell said. It’s that people that’s supposed to be taking care of you.”

The training also highlights the fact that more people in the community are mandated reports of sexual abuse, possibly without knowing it. Harrell said that if a person works with children in any way, and suspects abuse or neglect of a child, they are required to report it. He said law enforcement is the way entity to make that report.

Harrell said Twin Cedars has trained just less than seven percent of the adult population in Troup County but is still shooting for that 10 percent goal.

For those wanting to schedule a training or for more information, call (706) 302-7546 or email jharrell@twincedars.org.