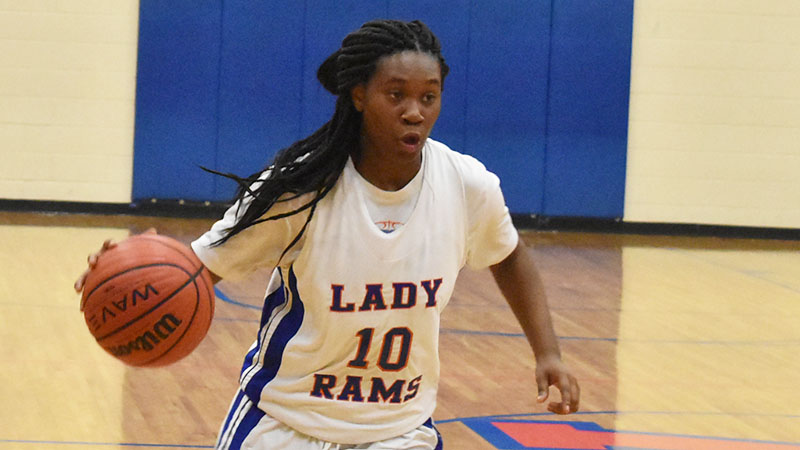 After a back-and-forth game for the first half, the Valley girls basketball team pulled away from Brewbaker Tech in the fourth quarter, winning the area game 49-38. With the win, Valley finished 6-0 in its area, clinching the regular-season title.

“It puts us in a good position for the area tournament,” Valley head coach George Grimes said. “You still have to go out and win the ball game, but its a lot better to be at home playing that game than on the road.”

Valley struggled to find consistency for most of the first half, so it couldn’t play normal up-tempo offense that Grimes likes. So, his team adjusted, playing mainly a half-court offense with spurts of up-tempo mixed in.

“We couldn’t get in a rhythm scoring to continue running our press, ” Grimes said. “There were a lot of fouls, so the referees kept stopping the game. That kind of puts us in a bad position. We just need to continue to score and get our rhythm so we can stay in our press a lot.”

To start the game, Valley struggled to hold onto the ball and to convert on their attempts inside. It still pulled out a three-point lead by the end of the quarter. Both teams scored 10 points in the second quarter. Both struggling to find consistency. The halftime score was 23-20.

In the second half, Grimes made an adjustment playing more a more half-court offense. Valley was able to get some success with the change, as they were able to get the ball inside and convert their opportunities.

Valley allowed just six points in the final quarter of play, as they were able to force turnovers for easy baskets.

With about five minutes left in the first half, Patrick was sprinting down the court for a fast-break layup opportunity. She was fouled hard, landing awkwardly on her left leg. She had to be helped to the bench.

“She’s going to be good to go. It’s that time of the year, where everyone has some aches and pains. She’s a senior, she’ll be ready to go,” Grimes said.